Continued from Chapter 12 1. It had been decided that all the world should be Vaxed, and the wise men produced a vixen to protect the people from the plague. 2. Nobody was sure what it did until they consulted the stars, so they named it the AstroLogica vixen. 3. Now Bo-sis and his servant Matthew of Hanoch had already ordered large numbers of the AstroLogica vixen, but their neighbour in EUgypt, the Pharaoh Ursula of Lebanon, had not ordered hers in a timely fashion. 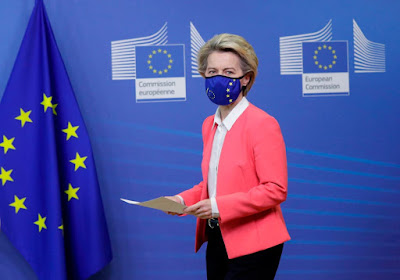 The parable of the foolish vixens. 4. So she said unto the astrologers, "Give me of your vixen, which we did not order!" But the astrologers knew of the parable of the Foolish Vixens, and refused to give of their vixen. 5. And Macrabaeus of the Frenchites, he that was called Emmanuel, spake out, saying "In sooth, the vixen does not work! It is essential that ye give it to us!" 6. Meanwhile, the plague continued to rage, and the people were still locked down. 7. But many people came into Bri-tain from distant parts, where the plague raged even fiercer. 8. These included the kingdoms of Sheba, of Ethiopia, of Mesopotamia, and even the lands previously undiscovered, such as the most distant parts of Africa. 9. Also, one that was called Eswatini, which was clearly an invented name. 10. So Bo-sis spake out, saying "Let us welcome all those who come from the three-and-thirty lands where the plague rageth, and let us lock them up for ten days in the mighty tower that is called Fawlty. 11. There my servants Basil, Sybil, Polly and Manuel will care for them." And it was so. 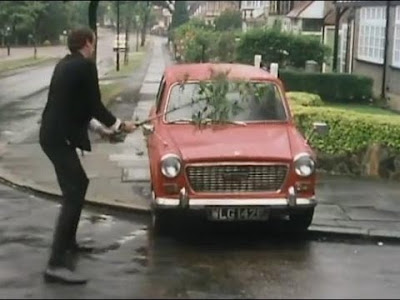 St Basil healeth the wounded chariot. 12. But the children of Bri-tain continued to rage against the lockdown, and so Bo-sis consulted the wise men of the land, who came up with an answer. 13. "We shall open the houses that are called public: but the people shall not be permitted to look on the wine when it is red, nor the ale when it is brown, nor even the gin that is a snare. 14. Likewise the hostels known as chippy, where the lover of good food eateth: they shall remain open, but they shall not be permitted to serve food. 15. The temples in which dwell the doctors of medicine shall remain open: but only those who are fit and well may visit. 16. Likewise, the dental surgeons shall only be allowed to remove the teeth that are healthy. 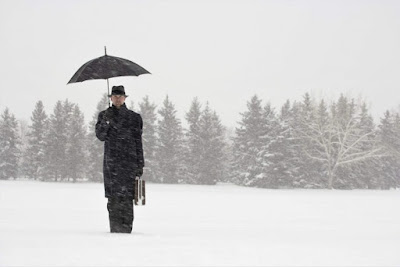 A servant civilly maintaineth the distancing that is social. 17. Finally, the mighty offices where dwell the servants that are civil shall be open: but these servants shall not work. 18. So no change there." Continued in Chapter 14.
Posted by Eccles at 13:11