The surviving members of the Monty Python team have gathered together with some friends to produce a new comedy film, Monty Python's Life of Jorge, about a perfectly innocent Argentinian man who is frequently mistaken for the anti-Christ. 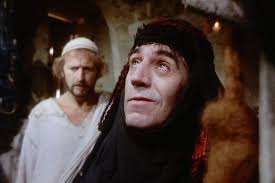 Chapman/Jones lookalikes play Jorge (seen here in papal clothes) and his mother. Script-writer John Zmirak has adapted some of the Life of Brian catchphrases to the hilarious story of a man with some followers who think he is the Messiah (see for example the "Where Pachamama is" website), but also many others who think he is the exactly the opposite (hi, Mundabor!) 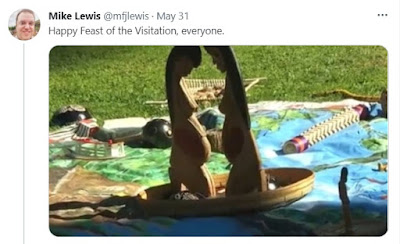 Top quality trolling from a Pachamama fan. Some of our favourite Life of Jorge catchphrases are: And of course... 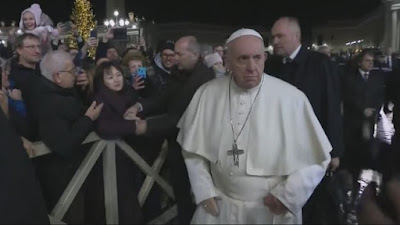 Always look on the gloomy side of life.
Posted by Eccles at 12:47