Pope's doctors admit "we should have removed the spleen."

The surgeons who removed Pope Francis's semi-colon this week have now admitted that they removed the wrong organ. "We see now that we should have removed his spleen, and probably also the gall bladder in which he stores up all his bile," they said.* *The board at the foot of the papal hospital bed said "pain in the backside", but this was not a medical diagnosis. As Evelyn Waugh would have put it: A typical triumph of modern science to find the only part of Francis that was not malignant and remove it. 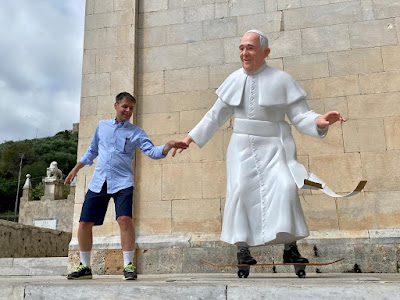 The pope's behaviour has been increasingly bizarre in recent weeks. Francis has returned from hospital full of venom and bitterness, and it took him just two days to issue a new Motu Proprio "Traditionis Custodes" (an anagram of "Ass! Idiot! Destruction!" but that is probably just a coincidence). Subtitled "Why Benedict is wrong and I am right", the papal scribbles begin with the phrase Guardians of the tradition, the bishops in communion with the Bishop of Rome, showing that the pope could have had a successful career as a comedian if he had wished. 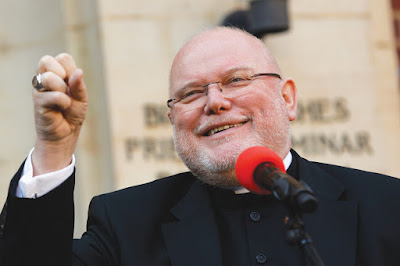 "Nobody's ever called me a guardian of tradition before!" So, apart from the obvious question "Quis custodiet ipsos traditionis custodes?" we serious Catholic commentators need to ask some fundamental questions: 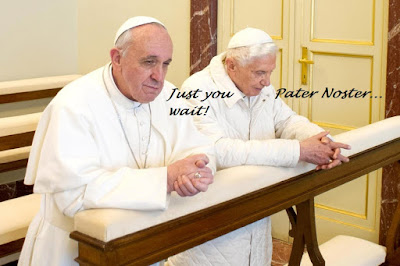 Two popes doing what they do best. Now the pope's reasoning behind the repeal of Summorum Pontificum without even waiting for Benedict to die may be seen as just another case of loutish bad manners (like refusing to answer the Dubia, slapping pilgrims, snubbing Cardinal Zen, etc.) but in fact it is dealing with one of the worst crises in the church: the popularity of the traditional Mass. 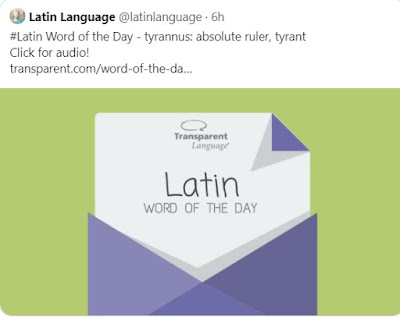 I'm sure that these things are randomly chosen. After all, there can be nothing more serious! Child abuse, idol-worship, the persecution of the Church in China, Fr James Martin's sodoministry, Devout Catholic Biden's abortion mania, the widespread embezzlement of Vatican finances, the squandering of Peter's Pence on dirty films, heretical papal documents, ... all these are trivialities compared with the use of the same Mass as our grandparents used before Vatican II.* *Did you genuflect when Vatican II was mentioned? I did. Fun, wasn't it?** **Remember that Vatican II changed nothing at all. Which is why everything has changed. The cunning plan: 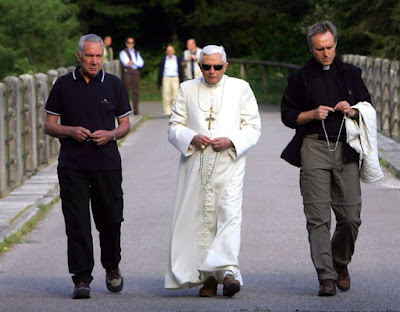 "All right, lads. You know where he lives. You know what you have to do. Priests: if you wish to celebrate a Mass in the Extraordinary Form, it is very simple now: all you need is for your bishop to ask the Pater Sanctus for a signed letter giving permission (one for every time you wish to celebrate). Pope Francis is very good at answering letters (ask Burke, Brandmüller, etc.) and will gladly take time off from his Pachamama devotions to scribble you a note. Curiously, some bishops are actually giving Pope Francis (and his evil side-kick the sinister Dr Rauci) a shock, by saying that they will continue to allow Latin Masses as before. Some really are "Traditionis Custodes" after all. Amazing! 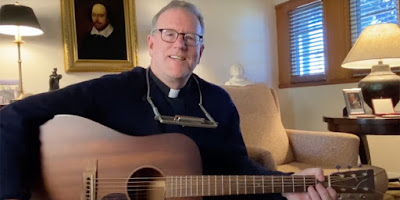 "Muscles" Barron prepares to celebrate the Extraordinary Form. Incidentally, all this was foreseen two months ago in the writings of the Prophet Eccles.
Posted by Eccles at 11:26