Archbishop does his duty shock horror

The Catholic world is up in arms today at the news that the blessed devout Catholic Nancy Pelosi, speaker of the House of Representatives in the USA, has been banned from taking Holy Communion in the diocese of San Francisco. Archbishop Salvatore Cordileone shockingly does his duty - where will this scandal end? 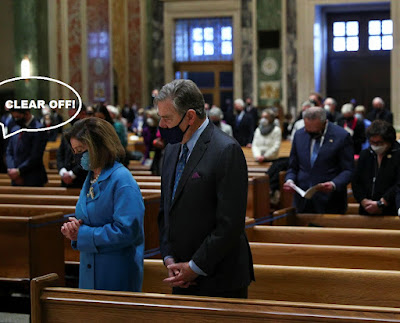 Nancy is out of luck. Now you too can tell Cordileone where to get off. Here is your "Justice for Nancy" bingo card. 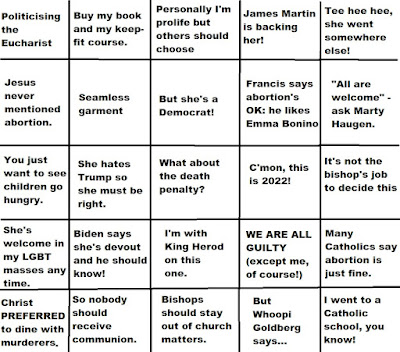 Meanwhile other devout Demo-Catholics such as Biden and Occasional-Cortex were said to be "not at all worried" about their own positions. There is absolutely no danger that their own bishops will take any action. Just remember that if you can't give your child the affluent lifestyle of an LGBTSJ New York Jesuit with a string of trashy books bringing in the loot, then the prolife thing to do is to kill him. The last word, as ever, goes to Pope Francis. I wanted to write a parody, but the original cannot really be beaten: Bono: Do women & girls play a powerful role in tackling the climate crisis? Francis: In the Common home, we usually speak of Mother Earth, not Father Earth. This is very clear. Besides, as I told you a while ago, since that afternoon of the apple, [women] are in charge. 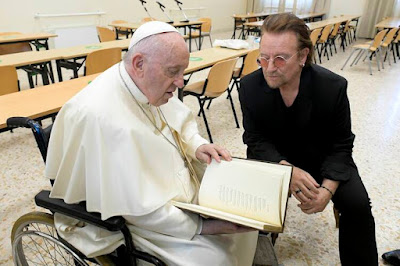 "Once upon a time there was a fading singer."
Posted by Eccles at 14:00