Well I heard Bosco talkin to Anti Moly, and explanin dat de Lord was gonna send us de final plaque, de sluaghter of de first-born, but not to worry cos if de Angle of Death came we was gonna say dat de first-born was now Eccles (dis was a kind fing he did for me yesterday), who was a tottal pest wiv his blogg and would be no grate loss. Anti Moly replied "Ha. I'm gonna say you was twins, den I wont have any more probblems with crazy peeple trying to save me."

De next fing I knew, Bosco was packin a siutcase. He said "I'm goin on de run," and carefuly stowed away some of his souvennirs (like de toe of St Peter dat once got stuck to Bosco's nose, and de saccred statue of St Imbecilicus, wot is Bosco's Gaurdian Angle). 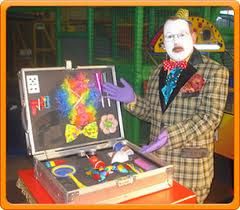 "Can I come wiv you, Bosco?" I asked. "We got lotsa people to convert who aint saved, I wouldnt mind talkin to de Buhddists next, dey should be easy to convert to de delights of de Calumny Chappel. Dis Dolly Llama woman sounds like a pushover."

Well to cut a long story short, Bosco said he'd rather face de Angle of Death than have me followin him round for de rest of his life (dat's not nice, Bosco). We bein saved we knows our Bibble, and de answer is that you gotta put labm's blud on de door. Den de Angle of Death comes by and says "Ho hum, dat's labm's blud. Dese chaps is saved. Anyone in next door?" Never fails. So we raided Anti Moly's wine cellar, openned a bottle of her Chatteau Moutton Wrathchild, and did just dat. Just to be on de safe side Bosco dressed up as a nun and hid in de tiolet, where he writes his luvvly bloggs. Here he is. 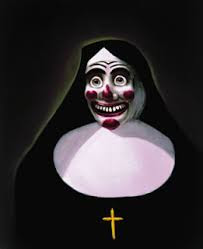 Well we is all pleased dat de passover went OK. De Angle of Death dropped in and turned out to be an old friend of Anti Moly's from her days as a chorus girl in Austriala, so we gave it a cup of tea. Dem plaques is over, and Bosco he have been given a strong warnin: "You gotta make more of an effort to convert people, or dis could be you, Bosco!" 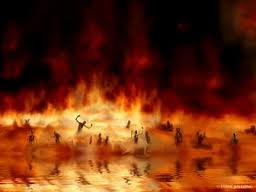