A guest blogg from Prince Chalres 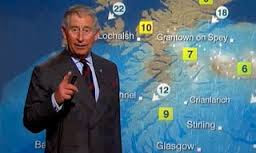 Good evening, some of you will have seen me on television recently, reading the weather forecast: indeed, I told the nation that the Queen was facing a lot of "heir pressure" right now, but she had said she was still "long to rain over us." Being a great fan of the Goons, one is delighted to help out Mr Eccles Cake while he is suffering from a writer's block thingie, although one realises that he is only a pale imitation of the intellectual giant created by the late Spike Milligan.

Well, as Defender of All Faiths, one is of course anxious to encourage all faiths, and besides achieving Karma and earning the 72 virgins that one is promised in Paradise, one does indeed wish to be a saved person like Mr Eccles. So, er, "One has been saved, yeah." 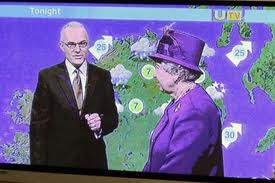 Crikey, how did that picture of Mater get there? Eccles, could you remove it, please? Oh, it's your Auntie Moly, is it? What a startling resemblance she bears to the old Monarch, eh?

Of course, there is a limit to this "Defender of all Faiths" business, and it would not do to be seen endorsing the Catholic faith - not if one is looking for a spot of promotion in a few years time, perhaps to a job with a crown of one's own as part of the benefits package.

Damian Thompson, the UK's leading Catholic, is a close friend of mine, and he shares many of my passionate interests. When I attended his party in Castle Thompson last week, we had a lively discussion about the prayer book, the use of organic bread and wine at Mass, and of course, the weather. 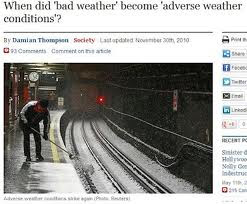 Thompson was also telling me about the "Gay Mafia" which is so influential in Catholic circles these days. Alas, we don't really have any "gay" members of the Royal Family apart from my cousin Prince Hemd-Heber of Lustigstadt, so one cannot really advise him there.

Well, one was rather hoping to get some sort of message across in this blog - after all, one's subjects do rather expect a few words of wisdom - so let's tackle a subject dear to the heart of Damian Thompson: the correct naming of people. Obviously, it is a solecism to refer to "Lord Peter Mandelson" when his real title is "The Dark Lord of Gehenna," but not many people know that Damian's blog should really be published under his formal title "His Grace The Honourable Doctor Damian Thompson of that ilk." Standards are indeed slipping.

Damian has asked me to mention his new book, "The Fix," which is the tragic story of the decline and fall of a Catholic journalist into secularism and mediocrity. Will that do?