Who can resist the jolly antics of the Telegraphies - Molly, Micky, Marky and Pau? With their silly catch-phrases and their crazy games, they have become an instant hit on the Telegraph blogs.

* We giggle as Molly, the senile one, thinks up more revolting insults than ever before. We chuckle as she tells us about her tolerance for all religions except orthodox Catholicism. We fall asleep as she tells us anecdotes about her "rels". Molly's the one who drinks all the hair-restorer.

* We smile as little Micky, the one who may be male or female (or something in between), pastes dozens of links to anti-Catholic articles on dodgy websites and says "ROFL" whenever challenged to debate an issue seriously. Weep with Micky when she (or perhaps he) tells you how dreadfully unfair life is. Micky's the one whose only friend is a llama.

* Then there's Marky, the intellectual of the group, who has read Dawkins and Einstein, and thinks they are theologians. However, Marky really prefers to curl up with a good story about child abuse.

* Finally there's creepy old Pau, the "gay icon," who trawls the internet, looking for information about his victims. Pau likes religion, but not the serious bits. 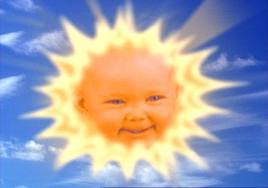