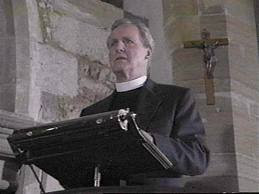 Nicholas Parsons (for it is he). Welcome to this week's edition of "Just a Minute," the show where contestants have to talk for one minute on a given subject without (a) being rude about anyone, (b) rolling on the floor laughing, or (c) talking about their boring family.

Tonight's guests are Moly Badnite, also known as the Great Australian Blight; Damian Thompson, who asked me to mention his new book; Ken Livingstone, politician and clown; and lastly Richard Dawkins, founder of the Dawkinsology cult. And we start with Moly, who has to speak for just a minute on the subject of Beethoven. 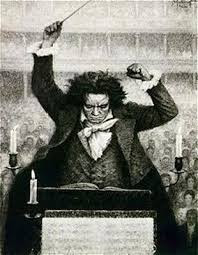 MB: Of course I had a very good musical education in Australia, and was I able to play all the Beethoven piano sonatas by the time I was 3 years old. I know them all, the Pathetic, the Woeful, the Hammersockenpuppet, etc., thanks to my father who was a personal friend of Beethoven and... BZZZ.

NP: Yes, and a challenge from Damian there. She's been mentioning her boring family again, hasn't she? You have one point and the subject with 49 seconds to go.

DT: It's really shocking that kids these days don't know their opus numbers off by heart. Why even my friend James MacMillan hesitated for 10 seconds when I asked him to name three 19th century Finnish composers each of whose opus 94 was in the key of G major, and James is the greatest composer since Beethoven. BZZZ

MB: ROFL. He's a traddy fanatical Catholic. I told him once to stick to composing.

RD: Catholics??? Did you know that the Pope killed Polly Toynbee, made a pie out of her body, and served it up in an old people's home? Well, he would if he could. Darwin predicted it, you know.

MB: Toynbees? There's a plague of them in Pottymouth. Huge creatures. Not like the pathetic pommy bees you get in England. Such is life, eh? BZZZ. Aargh, there's another one!

NP: SHUT UP. Sorry, slightly incorrect challenges from Moly and Richard there, so Damian continues with 39 seconds left.

MB: Why is the rude idiotic Nicholas Parsons troll allowed to continue here?

DT: I own 45,000 CDs of Beethoven's music, which is probably a record. I really must get a CD player one of these days. Of course, late Beethoven is the best - say, anything he wrote after 11 p.m. BZZZ.

NP: Ken? Did you have a challenge?

KL: Waaaaaahhhh! I lost! How could people vote for Boris? He tells lies. He has extremist views. He makes friends with terrorists. He keeps newts. He hates Jews. Or was that someone else?

NP: Another point to Damian for an incorrect challenge, I'm afraid. But I've had enough of this stupid game. It was so much more dignified when Kenneth Williams and Derek Nimmo were on the show. 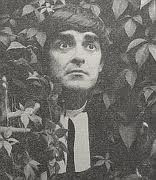 Concluded here.
Posted by Anonymous at 16:00