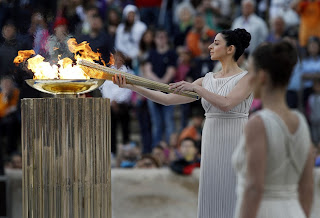 Burning copies of "The Fix"

As the hype over The Fix reaches a climax, and the team of relay runners escorting it round the UK says with one voice "We've had enough of that flaming book," the CBCEW has agreed to adopt new readings for this Pentecost Sunday, from the book of St Damian. 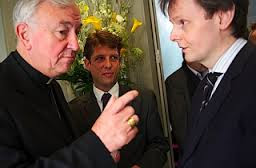 Vincent Nichols confesses to an addiction

As St Luke records in The Fix of the Apostles, when the time for Pentecost was fulfilled, the disciples were all in one place together. And suddenly there came from the sky a noise like a strong driving wind, and it filled the entire house. Then there appeared tongues as of fire, which came to rest on them. And they were all filled with the Holy Spirit and began to speak in different tongues.

Now we see here several examples of addiction, and I have observed many such incidents in my researches for this book. Some people are addicted to strong winds; for example St Peter is recorded as once having taken his boat out onto the Sea of Galilee in a storm, evidently to feed his addiction to wind, which the other Apostles vainly tried to cover up. If he had not had this problem, he would probably have stayed indoors, become a journalist, and maybe written a blog. Some say that Prince Charles, who recently moonlighted as a weatherman on television, is also addicted to extreme meteorological phenomena.

Tongues of fire are another addiction I have seen on my travels. Sometimes this is merely a variation on cigarette-smoking, where the addict lights the wrong end of the cigarette in his confusion (my friend Cristina Odone often makes this mistake). Another way of setting one's tongue on fire is by fire-eating, which nobody would do unless they were seriously disturbed. 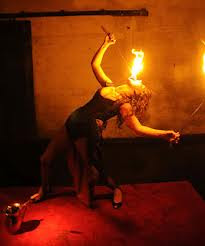 Could it have been the case that St Peter was addicted to fire-eating, as well as heavy winds? St Luke is strangely silent on the question.

Then again we come to another addiction mentioned in this passage, the speaking in different tongues. In modern society people with this problem can find useful employment as interpreters and translators, but sometimes we find charismatic sects whose members simply sound off with random garbage like "Molybdenite Holy Smoke ROFL Damian Fix Judy Bogan Pottymouth LOL," as a way of obtaining relief. No doubt St Peter was a sufferer from this condition as well. 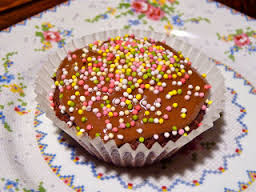 A  fairy cake cupcake, as seen at Our Lady of the Assumption & St. Gregory, Soho

As St Paul, notorious for plugging his own Epistles, once pointed out, the fruits of the Spirit are love, joy, peace, a good haircut, a clean shirt, and a real Ph.D. degree, whereas the works of the flesh are obvious: trolling on blogs, addiction to cupcakes, drinking my supplies of gin and hair-restorer, reading the Guardian and the Huffington post, and trying to ordain women as priests.

Alas, on my own blog, where many of the contributors are intelligent traditional Catholics with good haircuts and clean shirts, I have seen several more sordid people, with various addictions. Often they come from primitive places such as Australia and South America, pretending to have a scientific background, but really just invading my blog in order to feed their sordid compulsions (which are too disgusting to name in a sacred document such as this one).

In spite of the weaknesses of St Peter that I mentioned earlier, the reason that Christ gave him the keys of Heaven must surely be that he didn't eat cupcakes, only drank hair-restorer on special occasions, and would never have turned up smelling of llama.