The persecution of Cardinal Pell

The witch-hunt against Cardinal Pell, who happened to be in Australia at a time when bad things were going on, continues. Indeed, his worst enemies wanted him dragged back to Australia and tortured, in the hope that he might thereby suffer a heart attack. Now Pell is facing fresh allegations in connection with the notorious "Waltzing Matilda" affair. 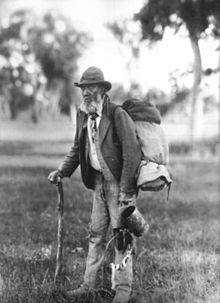 A jolly swagman. Could this have been George Pell?

Some time around 1895, a jolly swagman was known to have camped by a billabong under the shade of a coolibah tree. Nothing wrong with that, you may say, except that he grabbed a jumbuck and stuck it in his tucker bag. Later he evaded the law by jumping into the billabong, and was never seen again, except possibly as a ghost.

In vain has Cardinal Pell pointed out that he was not born until 1941, and anyway the "jumbuck" affair took place in Queensland, not Ballarat, Victoria. 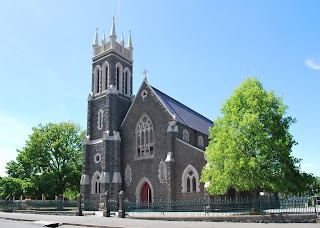 The next attacks on Cardinal Pell are centred on a reference in the Sherlock Holmes story "The Boscombe Valley Mystery": 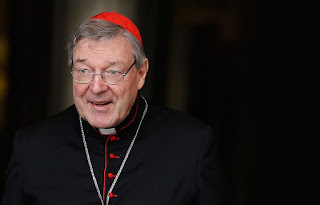 Do you in fact own a grey cloak, your Eminence grise?

It is clear to many that Cardinal Pell was in fact the Black Jack of Ballarat mentioned in this story. Or else he knew him. All that remains to complete the case is the discovery of his grey cloak: the mere fact that we have not been able to find it proves that Pell must have destroyed it - clear evidence of a guilty conscience. 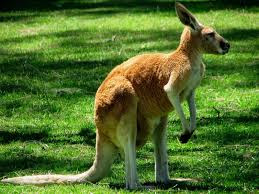 A kangaroo similar to one that was tied down by George Pell.

Nobody knows what the Australian national anthem is, but everyone agrees that it would make more sense if it were either "Waltzing Matilda" or "Tie me kangaroo down, sport" (it's a pity that the latter was written by Rolf Harris...)

Notoriously, TMKDS was performed by Cardinal Pell at a Vatican Christmas party in 2003, with an extra verse:

Enemies of Cardinal Pell have seized on this as evidence that he used to tie kangaroos down for sport, although so far no credible evidence has been produced. But it makes you think, eh? No smoke without fire. He's a traddy Catholic. Destroy him!
Posted by Eccles at 00:08