Catholics expressed their anger last night when it was revealed that an explosive footnote found in the Amoris Laetitia area had been left behind by Papal Solutions Ltd, the company charged with ensuring the security of the Catholic Church.

Apparently, it had been put there during a security exercise - as a test to the faithful - but never removed. Indeed, Pope Francis, the Managing Director of Papal Solutions Ltd, claimed to have forgotten all about the footnote. 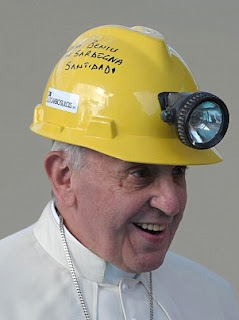 As a result of the discovery, the Armageddon League Game between Catholics United and Kasper Wanderers had to be abandoned. In the words of some expert commentators, "This is a bit of a bombshell," although others tried to reassure the public that business could go on as usual.

Efforts are now underway to remove the explosive footnote. Indeed, some people, anxious for the security of Catholics United, are demanding that the whole of Amoris Laetitia be demolished, in case it contains other significant dangers. 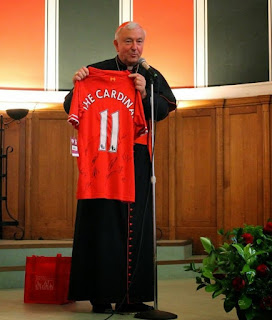 Catholic Church's exciting Number 11 shirt. And some man or other.