As we have pointed out before, it is quite likely that one or two of our readers will end up as popes; or, if not, as mothers of popes, fathers of popes, etc. You therefore need to know how good popes behave - and if you are the parent of an errant pope, to say "Bosco, stop being silly!" at the right moment. 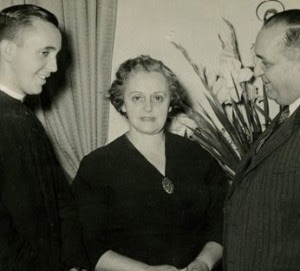 Now, it is the duty of all popes to challenge the faithful, by saying things that will make them think. So you could tell them "Most Catholic marriages are invalid, because Catholics have not read my lovely book Appassionata Erotica, complete with amusing footnotes." This will go down well, and probably lead to husbands and wives walking out, children being abandoned in the street as "invalid", and everyone saying what a wise pope you must be. Then, when nobody is looking, change "Most are" to "Some are", or "One or two may be", or "I heard a rumour that there was one", just in case anyone asks you for some definite facts.

Of course marriage is not the only way to have a relationship with someone. You can cheer up your flock by saying that relationships based on fornication are just as good really. Who needs the sacrament of marriage? If nobody ever married, then adultery and divorce would vanish from the face of the earth! In the new modern streamlined church we can also get rid of ordinations, baptisms, marriages... You can go down in history as the pope who sent everyone to Heaven - believers or unbelievers - without any fussing about. 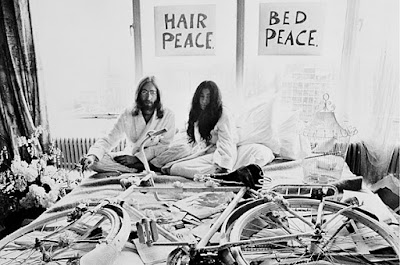 A model for the modern Catholic Church.

When discussing relationships you should of course be "gay-friendly". In the words of Saint John Lennon, "All you need is love!" Why not fly the rainbow flag over the Vatican, or organize a "Vatican Pride" event? A few of those stuffy traditionalists will object, but you will be able to convince the secular public that "We all believe the same thing, really". Then expect to receive extravagant praise from that ultimate arbiter of morals, Fr James Martin SJ - as pope you'll know that means you've "arrived"!