'Supposing the Pope looked up and saw a cloud and said "It's going to rain," would that be bound to happen?'

'But supposing it didn't?'

He thought a moment and said, 'I suppose it would be sort of raining spiritually, only we were too sinful to see it.' 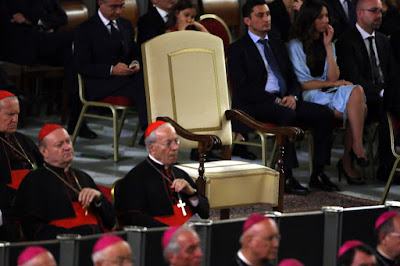 A simple exercise: can you see Francis sitting in this chair, or are you too sinful?

The above picture is a useful test: early in his reign, Pope Francis was reported to have stayed away from a Beethoven concert in his honour. Of course, that would have been simple rudeness: the fact is that he was there, but only very spiritual (saved) people could see him. The rest of you are simple sedevacantists.

We should take the words "Tu es Petrus" literally. Pope Francis is Peter. Send him off to sea in a boat (something that many Catholics have felt like doing recently), and he will come back with a catch of fish. Although you may be too sinful to see them, or even smell them. 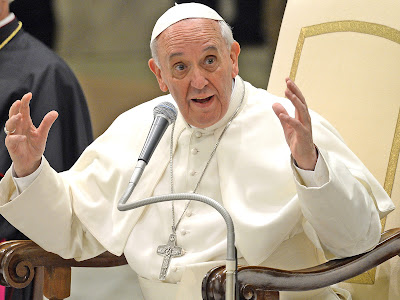 "Look at the size of this fish!"

Likewise, when the four cardinals submitted five dubia to Pope Francis, checking that he wasn't attempting to "develop" Catholic teaching on marriage, the Holy Father responded by return of post, affirming that the answers were "No, yes, yes, yes, yes" (a cry often heard in Jesuit seminaries on a Saturday night). However Cardinal Burke and his colleagues were too sinful to realise this. 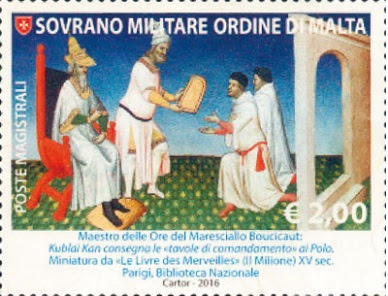 Pope Francis presents an ecstatic Cardinal Burke with a copy of Amoris Laetitia.

Which suggests that Bishops Scicluna and Grech, in thinking that doctrine had been changed developed, were grave sinners. But we knew that anyway.

This brings us to the latest crisis involving the Order of Malta. It has been claimed that Pope Francis has - like his compatriot General Galtieri - annexed another sovereign state and installed his own puppet government. After all, the order of Malta is/was an independent subject in international law, like the Vatican. 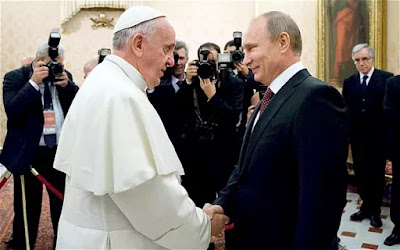 "Thanks for the advice, Vladimir!"

Of course Peter wouldn't do such a thing, and it is your sin that gives you this impression. There is no way you will see the Pope behind bars. Forget it. 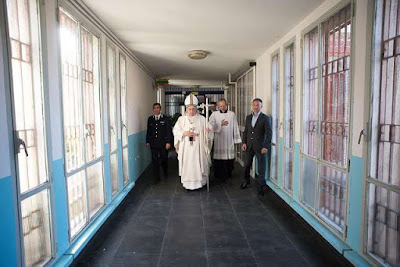