Francis calls synod to decide whether he is Pope

Pope Francis has decided, once and for all, to call an Extraordinary Synod on the Papacy, in order to decide whether he is legitimately the Pope. 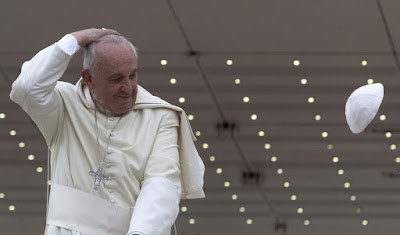 Is the Holy Spirit trying to hint something here?

Apparently the Catholic Church is divided into three factions:

1. Those who think that Pope Francis is the validly elected Pope, and, although he is "a bit strange", it's perfectly OK, since, after blessing us with a saintly pope and an intelligent pope, the Holy Spirit decided it was time for a change.

2. Those who think that Pope Francis was unlawfully elected as a result of the machinations of the St Gallen Mafia (its "Mr Big", Cardinal Danneels, is said to have put a horse's head in Pope Benedict's bed). Thus we are either sede vacante, or else Pope Benedict is still the Pope.

WARNING: this sort of talk can get you excommunicated, which means that it is far more serious than being an abortionist, a euthanasist, or an active homosexual. It certainly won't get you an invitation to a cushy population-control conference at the Vatican. 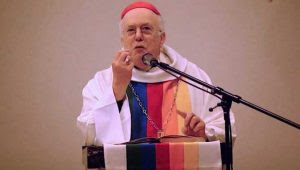 3. Those who don't really care who the Pope is, or what he teaches, as they are the sort of Catholics who never attend church anyway; they think that Catholic teaching needs to be "updated" to bring it into line with modern secular thinking.

Thus, we expect two years of impassioned debate on the papacy, but, since Cardinal Baldisseri has already written an account of it, we know what will be decided. All that remains is for Pope Francis to write an apostolic exhortation, "PAPA SUM OR NON SUM?", which will summarise the discussion in Jesuitical language so confused that nobody will be quite sure what the answer is. 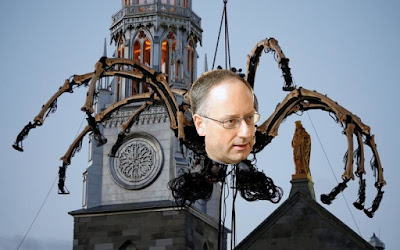 An omen? A giant Spidero appears outside Ottawa's Notre-Dame cathedral.