With apologies to George Orwell.

"I am an old donkey now," said Benjamin, "and old enough to remember those days fifty years ago, when we had the sexual revolution, and threw Farmer Jones out of his farm. For he would not let the male animals mate with male animals, nor the females with females. What a great day for freedom that was! As a Catholic donkey, I was taught that such deeds were acts of grave depravity, but we should not speak ill of them." 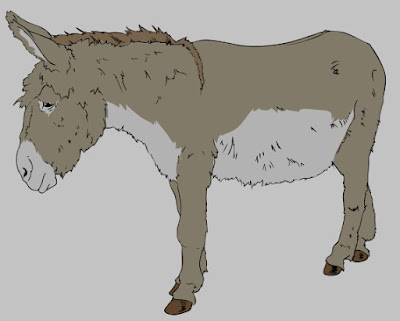 Clover the old mare nuzzled up to him. "It was necessary at the time," she said. "We were told that Napoleon and Snowball were deeply in love, and suffered great persecution. Everyone said that a revolution was necessary. But it seems to me that the world is a different place now."

"My Catholic guides are very weak," said Benjamin. "Squealer the Jesuit Pig is enlisting the animals in a bridge-building programme, and we have new slogans. The motto 'VIRTUE GOOD, SIN BAD' that I learned in my catechism has been dropped."

Things turn out badly for the sheep.

Clover led him round to the end of the big barn. "My sight is failing," she said. "But it appears to me that that wall looks different too. Are the Ten Commandments the same as they used to be, Benjamin?"

Benjamin read out to her what was written on the wall. There was nothing there now except a single message. It ran:

NATIONAL TRUST: MANOR FARM
ALL ANIMALS MUST WEAR RAINBOW BADGES
OR BE MADE INTO SAUSAGES. 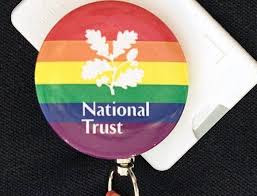 However, there was worse to come. As the animals turned back, they saw Squealer the Jesuit Pig welcoming the famous Stephen Fry to the new "gay" farm. The creatures looked from pig to man, and from man to pig, and from pig to man again; but already it was impossible to say which was which.