Student union chiefs at Balliol College, Oxford, have admitted that they are "terrified of Christians" after trying to ban the Christian Union from its Freshers' Fair. This is an event where students can see all the clubs and societies on offer: from the Amateur Terrorists' Association, to the Llama-Porn Club, to the Cocaine Society, all student interests are catered for, EXCEPT Christianity. 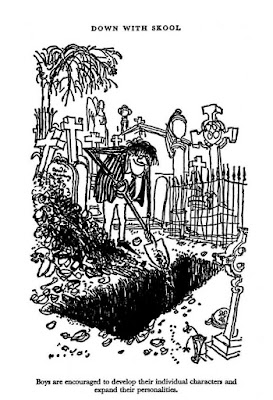 A much healthier hobby than Christianity.

They are right of course. Having a spotty nineteen-year-old accosting you to say "Have you got a personal relationship with Jesus? I have, ever since I met Him on the number 6 bus. Will you come to our service on Sunday and sing 'Lord of the Dance' with us?" is nearly as dangerous as encountering a Jehovah's Witness or a Jesuit priest trying to build bridges. Much better to have someone sidle up to you and say "Have you ever considered taking up serial killing? Join OXSERKILSOC, meet new people, and kill them!"

Well, enough of Balliol, or Baal. Let's move on to the Rosary, which is one of the main weapons of Christian Terrorism. Some Muslim MP called Rupa Huq is anxious to avoid its being "weaponised" outside abortion clinics - we mustn't stop the production of little corpses, must we?

They say that, following Rupa's warning, airport security is to be tightened up, and special Rosary-detectors installed, to prevent any "weaponised" Christians flying. 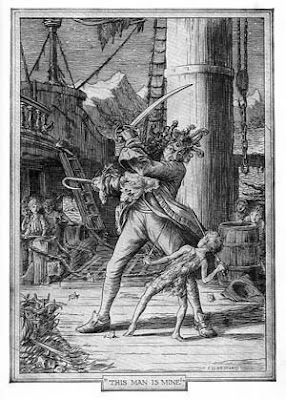 Possibly luvvly Rupa is related to Captain Huq, who also had problems with kids.

Of course Muslims are very sensitive to the power of the Rosary, especially after they got a bloody nose at Lepanto (cheers!). The Poles have recognised this and have been praying in an aggressive and tactless manner on their borders. But that's a Catholic country, so they don't know any better, unlike we British who are mostly Muslims anyway. 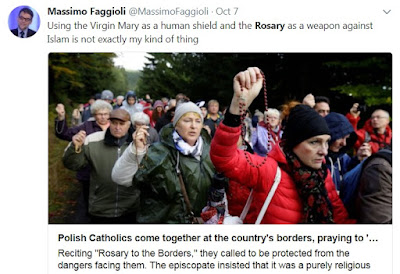 Mr Bean puts us straight. Just say NO to the Virgin Mary.

I had been planning to write some extra verses for Chesterton's Lepanto to celebrate the anniversary, but Dan Sheehan beat me to it: 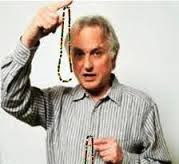 Even atheists use the Rosary, but they don't know how it works.