Why I joined the Cult of Jim

"Phil", our guest Catholic, writes a special post for us.

I was very sad to read that one Felix Thompson had abandoned the cult of Jim, by which he means that he no longer regards Father James Martin SJ as the fount of all wisdom. Felix has thrown away his collection of "Jim" relics, including the rainbow socks, the autographed copy of "Mary Magdalene - the first Pope", and of course his reliquary containing hair and toenail clippings from the great man. 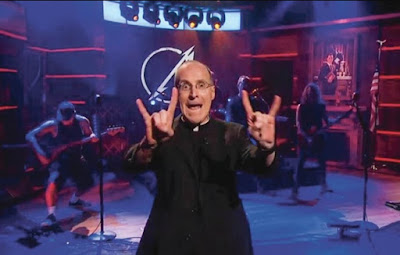 I can tell you what these secret signs mean, but then I'd have to kill you.

I, on the other hand, have moved in the opposite direction. I started off as an "ordinary" Catholic who just believes the obvious stuff that we get in church, then became successively a "cafeteria" Catholic, a "gelato" Catholic, a "Bologna Cathedral nosh-house" Catholic, and finally a "quite a lovely little New York bistro where they do Jesuit cupcakes" Catholic. 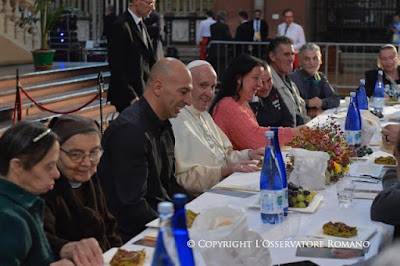 "No, we won't say grace!" Pope Francis and (?) Zinedine Zidane tuck in!

It was so refreshing to discover Fr Jim (as he lets me call him). Rigid Catholicism is hard to take seriously: what do you do if there is some obscure bit of doctrine you can't accept, like, for example, the sinfulness of adultery? Well, a rigid Catholic would probably leave the Church, but a modern Kasperite Catholic simply ignores such inconvenient teaching - and is probably rewarded by being made a cardinal, or at least a bishop!

Now, don't get me wrong. Although I'm a Jimmist, I'm not gay. I have tried to be, but I just couldn't summon up any interest. Fr Jim was very understanding, though. "I don't condemn you, just because you like girls," he said. ""Let me build a bridge towards you." What a hero! Of course I realise that being a "hetero" has made me an outcast in most circles, but Fr Jim is no bigot, and he is prepared to welcome me!

Fr Jim explained to me many things about Christianity that I had previously not understood. How Jesus originally didn't have a clue about why he was on Earth. How He met a wise Canaanite woman who taught Him everything He knew. Along with Mary Magdalene, the first Pope, she wrote the Sermon on the Mount for Him to preach. 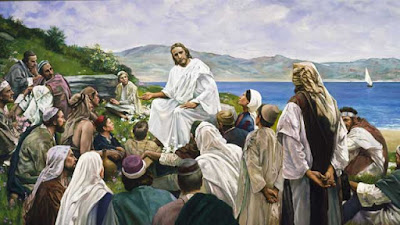 I met the renowned novelist Dan Brown at one of the Cult of Jim meetings. "Pleased to meet you," he said. "Renowned balding 56-year-old Jesuit James Martin has been an inspiration for many of my novels that I wrote, as well as inspiring me when I was writing them. His theoretical theories on 2011-year-old superstar Mary Magdalene have provided the inspiring theories leading me to become a 53-year-old author who writes lots of books that sell well. And my renowned hero Robert Langdon is based on Jim's 47-year-old Italian-American-Australian-Martian friend Massimo Faggioli, who is a friend of the best-selling Jesuit priest." We all owe a lot to Fr Jim!

Another wonderful person that I met was the great comedian Stephen Colbert, who told me one of his trademark jokes about Donald Trump. "He's got funny hair, and shouts too much," he quipped, before explaining the details of some sexual torture that he wished to inflict on the President. What a brilliant sense of humour! Colbert is also a Catholic in the Cult of Jim, and in his latest sketch he calls Trump homophobic, rigid, literally Hitler, cancer, and (a new idea from Jim's friend Stephen Walford) Satanic! How we laughed. 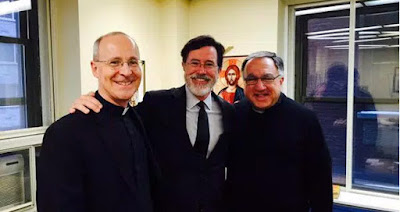 Fr Jim introduced me to many top Catholics (although Fr Rosica headbutted me).