Yes, it's October 31st 2017, commonly called Hallowe'en, the day when people dress up in scary costumes and annoy their neighbours. 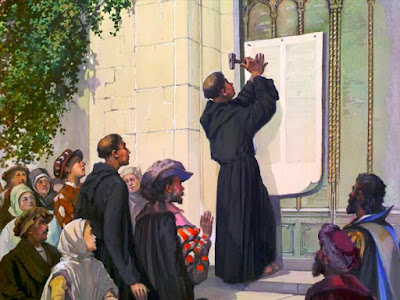 Trick or treat? The sign should stay up by faith alone, but Brother Martin decided otherwise.

Everyone's joining in the fun, and remembering their favourite German heretic (no, not Cardinal Marx). 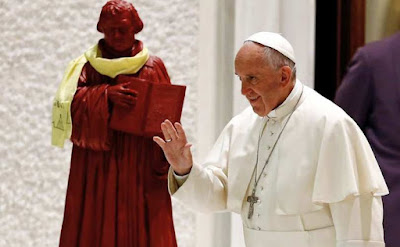 Pope Francis with the Choco-Luther. "You may find this hard to swallow..."

Of course the Anglicans didn't get in on the Hallowe'en larks until almost twenty years later, and indeed, Henry VIII, the man whose ideas on marriage ("divorce 'em, or if that doesn't work, behead 'em") anticipated Amoris Laetitia, was severely critical of Luther's pranks. 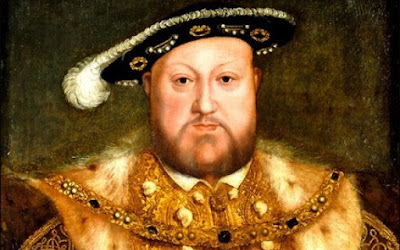 It's believed that the pumpkin theme was based on Henry VIII's fat head.

Originally, Hallowe'en was called All Saints' Eve - Henry VIII approached Thomas More and said, "Great news, Thomas, you're going to become a saint! Better still, a saint and martyr!" Of course Thomas More was delighted to be joining in the fun.

Anyway, back to Luther, who founded the tradition, stimulating a growth in heresy that Arius and Fr James Martin could only dream of. Let's party! 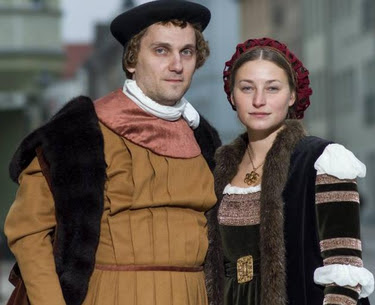 Put on your scary costumes, and get trick-or-treating!