After several years of dosing himself on CUPICHON, MARTINEX, SPADARINE, COCA-PALMERIOL, and similar poisons, which have led the Holy Father to express some distinctly dubious views on pro-life issues, homosexuality, and the like, Pope Francis has received a new prescription from his doctor, including wonder drugs such as BURKEMIN, SARAHOL, and SCHNEIDERONE. 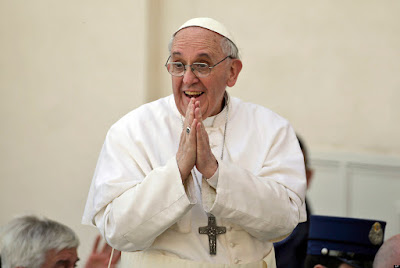 The results have been startling. Pope Francis has spoken out against "gay" parenting ("ungodly") and abortion ("like Nazi eugenics"). Only a few weeks too late to save Ireland and Argentina, but credit where it's due.

This could be a turning point for the Catholic Church. Will Emma Bonino be crossed off Francis's Christmas card list? Will Fr James Martin SJ be summoned to Rome for a good thrashing (no, he'd probably enjoy it)? Will Scalfari be given the boot? Will the Dubia finally be answered? Could climate change, liberation theology, and similar issues be replaced by a new emphasis on Catholic teaching? 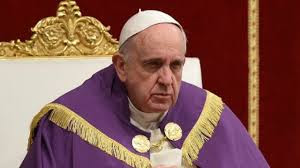 "We think it was the SPADARINE that made him shout at everybody."

Of course there are other wonder drugs on the market that Pope Francis may wish to try. He should avoid DOLANINE, which makes the patient spend all his time laughing crazily; also, TOBINOL comes in two varieties, one of which is beneficial, while the other leads to strange behaviour late at night; then, tincture of ROSICA leads to aggression and paranoia; finally, swallowing ZUHLSDORFIA leads to distinctly eccentric behaviour, but is basically sound...

The dreadful affects of DOLANINE. (H/T someone, not sure who.)