This Christmas has seen a television "adaptation" of an Agatha Christie novel, the ABC Murders, by one Sarah Phelps. Some would say that Sarah was an unlikely person to make the adaptation as she had never previously heard of Agatha Christie, and was very unsure who Hercule Poirot was ("He's the aristocratic one with the monocle, isn't he?"). Nonetheless, it doesn't really matter because she decided to rewrite the whole story, making it fit better with 2018 BBC values of political correctness, anti-Brexit, secularism, etc.

In this version Hercule Poirot's back-story has changed slightly, and he is an African cardinal with fairly traditional beliefs. 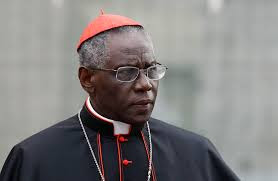 Poirot is summoned to investigate a series of deaths. The first is the German cardinal, His Eminence Joachim Meisner. Allegedly he was vacationing in Bad Füssing in Bavaria. Since he was an Archbishop, Poirot realises instantly that this begins with A, and is the first of a chain of murders.

But what could the connection be with the second victim, Carlo Caffarra? Allegedly, he had suffered a long illness, but could the arsenic and cyanide found in his coffee, along with the rope round his neck, the dagger in his back, the bullet-holes in his chest and the marks of lead piping on his crushed skull lead to suspicions of foul play?

Poirot evidently thought so, and making the usual references to "my little green cells" and "the game is afoot, Watson!" (Sarah Phelps really knows how to get "inside" a character), he saw that Caffarra was from Bologna - "that means 'B', old Parker-bird!") and that this must be the second in the chain. 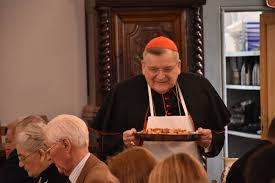 Could this be the next victim? C for Cardinal...

Now, it was entirely a red herring that Meisner and Caffarra were authors of the "Dubia" submitted to Pope Francis. Although Inspector Maigret wanted to give police protection to the remaining authors, Burke and Brandmüller, our hero, Poirot, saw further, and realised that the next victim would probably be called Viganò, because there was no connection with C at all!

I'm sorry, I seem to have got the wrong end of the stick here. The ABC murders actually refer to St Thomas Becket, ArchBishop of Canterbury, and Hercule Poirot is looking for four knights. It is believed that one may be Michael Palin. 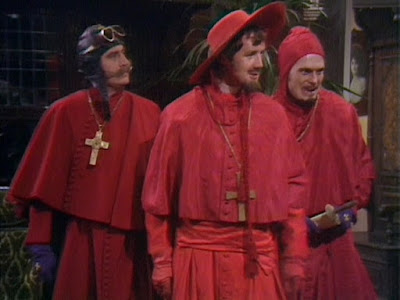