How to be popular with Pope Francis

Over now to Dublin, where the newly-appointed archbishop, Dermot Farrell, is consulting his spiritual director, Monsignor Gríma Wormtongue. 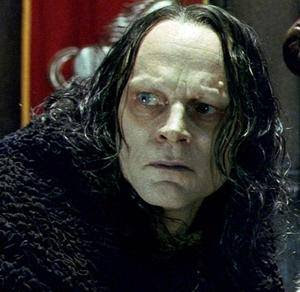 Monsignor Wormtongue. GW: So, Dermot, are you keen to follow in the footsteps of your predecessor Archbishop Diarmuid Martin? If so, we can book you an appointment at the clinic to have your spine removed. Then all you need to do is lie on the floor and let all the politicians tickle your tummy. DF: Diarmuid did a very good job, didn't he? GW: Yes, Catholicism is almost extinct in Ireland now. How do you plan to continue his work? DF: I'd like to become popular with Pope Francis, with a view to getting a red hat. GW: Ah, the Vincent Nichols approach. Support the Pope in everything he says, and indeed go the extra mile when it comes to preaching absurdities. What do you have in mind? DF: I thought I'd try pushing for women deacons. In the old days that would have got me excommunicated, but now all you get is a Christmas card from Fr James Martin saying "I knew you were one of us! Keep up the Ignatian yoga, brother!" GW: I'll give you a tip. Keep an eye on Bishop Georg Bätzing, head of the German Bishops' Conference. He's gone the full Jimbo, with calls for a change in church teaching on homosexual relationships, ordination of women deacons and priests, and so on. He'll be getting a cardinal's hat next time, like Uncle Wilt Gregory, who got his for being nasty about Donald Trump. DF: But does Bätzing really expect church teaching to change? 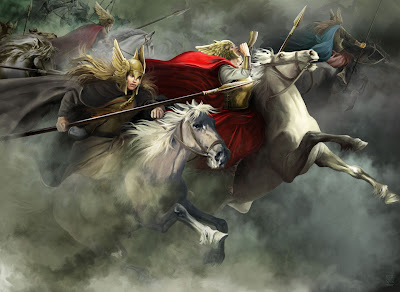 The ride of the German Deaconesses. GW: That's the great thing. He can claim it has, and nobody in the Vatican will dare to correct him. Luckily many German women are two metres tall and wear suits of armour, so he can ordain them while pretending he thought they were men. Then later on he can talk about the German Catholic Church, or Katholischelutherischekartoffelsalatkirche, as they say in Limburg, as if it were simply a local branch of the church rather than a heretical sect. DF: Great! Now let's try this in Ireland. Oh, and order me a red hat from Gammarelli's...
Posted by Eccles at 14:47