Jupich Iscariot condemns statement from the other 11 disciples

Jerusalem Times, Good Friday, AD 33. Cardinal Jupich Iscariot, winner of the World Cup of Bad Apostles, today condemned a statement from the other eleven disciples, which had been issued from a secret address ("The upper room") to mark the crucifixion of Our Lord Jesus Christ. Jupich described the statement as ill-considered and felt that its critical attack on Governor Joe Pilaten was inappropriate. Unfavourable comments about the habits of Joe's pet camel, A, were also considered offensive. 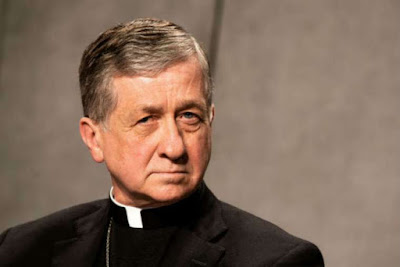 Cardinal Iscariot puts on his "angry" face. The statement from the disciples had been a simple affirmation of Christian doctrine, but this is considered dangerous in today's political climate, and is likely to get many people into trouble with the authorities. 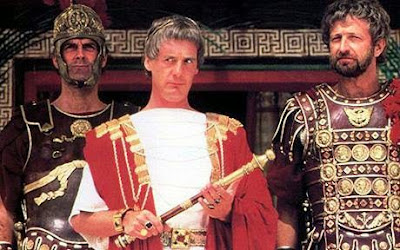 Governor Joe Pilaten is not amused either. Joe Pilaten himself is generally regarded as a harmless buffoon with an obsession for washing his hands, although the Disciples' statement is very critical of his fondness for taking innocent life (completing a task that his mentor Barack Heroda failed to finish many years ago). Naturally Jupich, given the choice between affirming Christian doctrine and pleasing the governing authorities in the United States of Judaea, will drop his religious principles every time. Indeed, there are already reports that he is involved in a scandal known as Thirtypiecesofsilvergate. Still, since he is a powerful cardinal, his words will always be heeded, however crass they may be.
Posted by Eccles at 15:19