A man for all Zuhlsdorfs

A new production of A man for all seasons, describing the martrydom of St John Z, has been announced. Obviously the script is too long for this blog, but we can at least give an idea of the plot, together with some of the dialogue. Of course some details are exaggerated slightly for dramatic purposes... The main dispute is between Bishop Hying VIII, who wishes to convert the Catholic Church into a branch of the Demonic Democratic party, and St John Z, a priest and author (his famous blog Ztopia tells of an ideal world where people drink lots of Mystic Monk coffee, take photos of aeroplane seats, carry guns, and speak almost entirely in Latin). 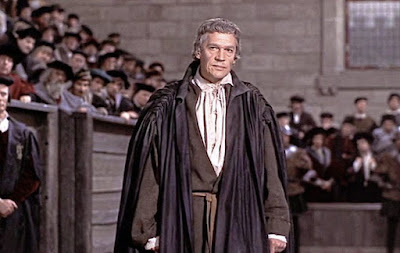 The trial of Father Z. The accusations against Fr Z start when he conducts exorcisms against the Flu Manchu virus and Demonic Influence in politics. He refuses to sign a document renouncing his Catholic faith and selling out to the Zeitgeist. His enemies swoop, and the bishop (whose spine has been removed) feels he must act to avoid damning criticism in Amerika, the Fishwrap, and the Bitter Pill. Some men think the Earth is round, others think it flat; it is a matter capable of question. But if it is flat, will the Bishop's command make it round? And if it is round, will the Bishop's command flatten it? 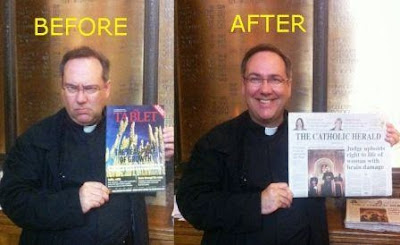 From the days before the Catholic Herald became a lifestyle magazine. Recalling that Hying is prepared to sacrifice his principles for a quiet life as bishop of Madison, Wisconsin, Fr Z lashes out at him with the words: "For Wisconsin? Why Donald, it profit a man nothing to give his soul for the whole world... but for Wisconsin!" In the end things turn out badly for Fr Z. His "other" bishop, the man from Velletri-Segni, is envious of the blog Ztopia, and so "by mutual agreement with the bishops", Fr Z agrees to have his head cut off, to be drawn and quartered, and buried in copies of the Fishwrap (the ultimate insult). 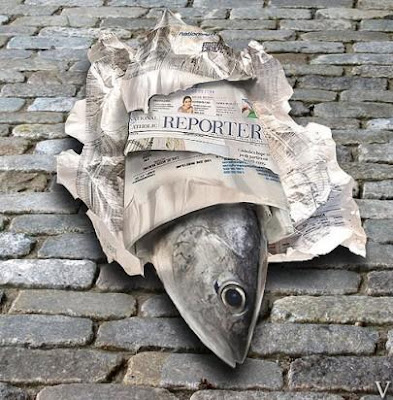 A fate worse than death. This country's planted thick with laws from coast to coast – Man's laws, not God's—and if you cut them down – and you're just the man to do it – d'you really think you could stand upright in the winds that would blow then? Yes, I’d give the Devil benefit of law, for my own safety’s sake.
Posted by Eccles at 11:46