The Book of Covidicus 22: passports, please!

Continued from Chapter 21. 1. It came to pass that Carrie, the wife of Bo-sis, gave birth to a daughter, the sister of Wil-fred. 2. Thus fulfilling the words of the Lord unto Boris: I will multiply thy seed as the stars of the heaven, and as the sand which is upon the sea shore. 3. For the offspring of Bo-sis were now so numerous that he was no longer able to count them; although, according to the beautiful models of Neil, son of Fergus, he now had approximately twenty thousand children. 4. And Bo-sis called his daughter Romy, or Rho for short, as this was the name of the next variant of the plague to be expected. 5. But then there came a scandal that rocked Bri-tain to its foundations. 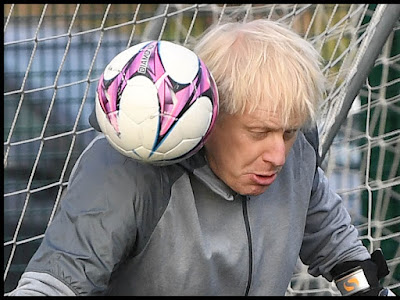 Bo-sis playeth a party game. 6. For it was revealed that one year earlier Bo-sis had spent the holy season in wild partying, while the rest of the country was reduced to tiers. 7. For it was written "In the lands of Tier 3, the people must not carouse. Indeed, they should not enjoy themselves at all." 8. So Bo-sis removed the paper hat from his head, the balloon tied to his suit, and the party whistle that shooteth out into the face of his neighbour, and said "I have never been to a party." But nobody believed him. 9. Thus he turned his attention to the great plague of Omicron, which slayeth not. 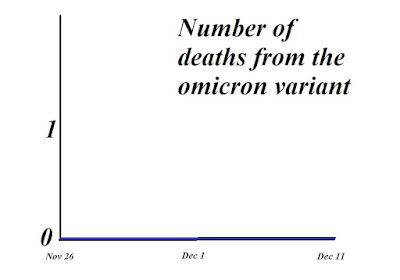 The Omicron plague refuseth to slay the people. 10. And there came unto him a messenger saying "Good news! A man hath died of Omicron! Well, in fact he was eaten by a camel, but he was heard to sneeze only ten days previously. The plague is now deadly." 11. So Bo-sis put down his cake, his party popper, and his party bag called "goodie", and spake out, saying "Time for Plan B". 12. And the people also spake out saying, "This meaneth the passports of vixen, which Bo-sis promised never to introduce! Can it be that our mighty leader hath been telling the pies that are porky?" Note to foreign readers: Cockney Rhyming Slang - pork pies = lies. And now back to the story. 13. So Bo-sis held a mighty vote in the House of Common People, which was keenly fought. 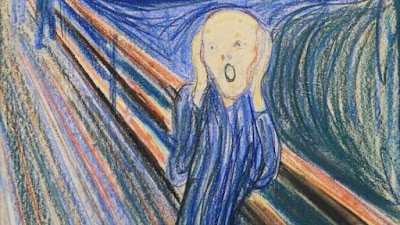 Sajidiah the Bald backeth Bo-sis. 14. For Keir, Chief of the Labourites, spake out, saying "I am the leader of the Opposition, and therefore I support Bo-sis completely. Er, am I doing this right?" 15. But there came a great opposition to Plan B from Bo-sis's own tribe of Conservatites, even unto one hundred fold. 16. But still Plan B was passed, and the children of Bri-tain were told to be vaxed, to be tested, or to die from the deadly plague of camels Omicron. Continued in Chapter 23.
Posted by Eccles at 12:27