Is Pope Francis a Trad?

A Happy Epiphany to you all from me and Pope Francis. Most of the Catholic Church, and many Protestants, agree that January 6th is the correct date. But what is this? 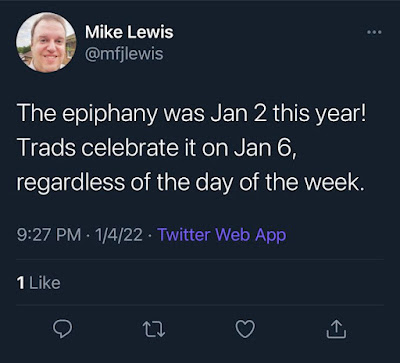 A vicious attack on Pope Francis. Mr Potato Head (as some people insist on calling him - not my invention) of the Where Pacha Is website was doing so well in his worship of Pope Francis, and this is really a turn-up for the books. Apparently, the American Devout Catholic Church preferred to cut short the twelve days of Christmas and celebrate the arrival of the three kings while they were still at the Royal Dead Sea Hotel, four days from Bethlehem. This is modernism of which Pope Francis would approve, but of course he has not yet got round to moving all the important religious dates to Sunday (he is still wondering whether Good Friday should be conflated with Palm Sunday or Easter Sunday). So the Holy Father is clearly a Trad! 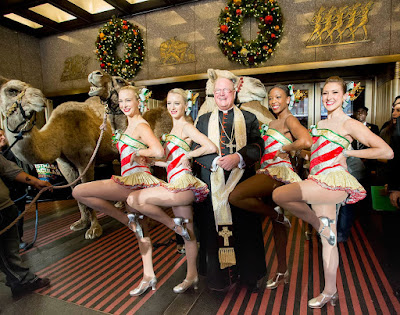 Not being sure what to do, I sent Cardinal Dolan only four ladies dancing, not nine. Pope Francis's most recent doctrinal proclamation was an attack on crazy cat women, pointing out that by and large children are better than kittens, at least if they don't grow up liking the Traditional Mass. For one thing, they don't often bring dead mice and birds into the home. Unfortunately, this may not be in total accord with the teachings of Mr PH. 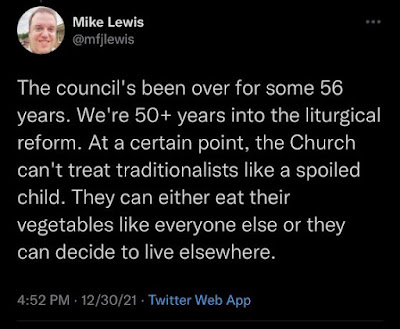 Advice on child care? Wise words indeed, but I am not sure what it means in the context of spoiled children. Mr PH is right of course in that the Catholic Church is now 50 years old - we have the Old Testament of 1965 to 2013, and the New Testament of 2013 to 2020 and beyond - but this is the first time I have seen the Novus Ordo compared to a plate of boiled cabbage. 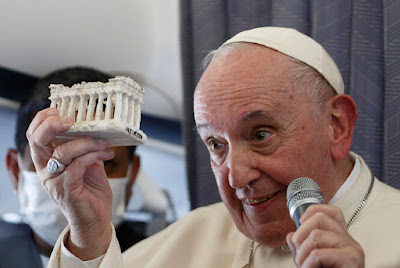 "Arthur Roche was so shocked that his false teeth fell out. Come and get them, Arthur!"
Posted by Eccles at 12:23