The "Freedom convoy" of trucks, travelling towards Rome to demonstrate against the restrictions on the Traditional Latin Mass imposed by the edict Traditionis Custodes and its sequel, the Made-up Dubia of Arthur Roche, is making good progress. Within a day or two it will be driving round St Peter's Square, honking its horns in a Gregorian Chant. 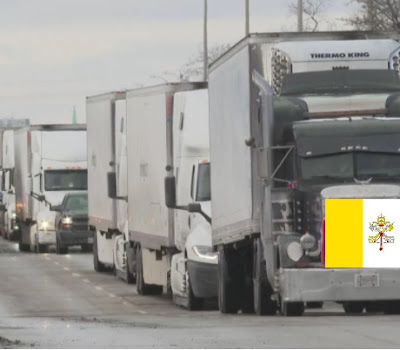 The convoy approaches the Alps. Said one long-distance driver, Joe Shaw of Oxford, "When you're on the road for long periods of time, you need to be able to stop occasionally for a TLM. And now this is becoming very difficult for us truckers." Prime Minister Francis has dismissed the demonstration, saying "The small fringe minority of people who are on their way to Rome hold unacceptable views. These do not represent the views of the Catholic Church, which has been around since Vatican II. Following the New Scientific Mass is the best way to Build Back Better." 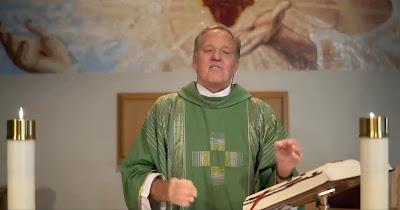 A priest invites those stressed by the convoy to breath in and breath out at Mass. Others have been more forthright in their condemnation of the demonstration. Ivereigh Towers, the faithful attack poodle of Francis, is in no doubt that the Traditional Latin Mass is a sin and needs to be condemned as such. With his usual sensitivity, he has described those who prefer the order and consistency of the TLM to the "make it up as we go along, let's do some heavy breathing now" seen in some Novus Ordo services, as "oddballs". These apparently include the introverted and Asperger's sufferers ("oddballs" is a sensitive term much used by psychiatrists). Somehow he forgot to use the word "fascists" but that will be in his next piece. 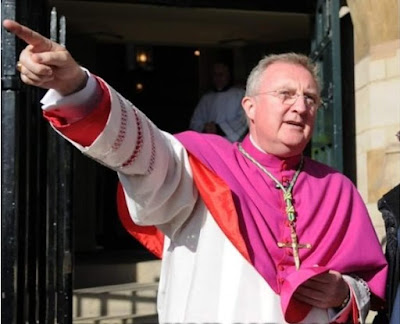 "Convoy sighted. Missals Missiles ready, lads!" Late news: Uncle Arthur Roche, the Yorkshire terrier turned CDW supremo, is driving a bus of TC supporters to meet the convoy. Since he insists on facing his passengers at all times, he is finding it hard to steer the bus in a straight line. So no change there.
Posted by Eccles at 11:35