The scene: Hell. Satan is relaxing in a comfortable chair. Suddenly the late Eugenio Scalfari materialises before him. Satan: Ah, Scalfari. How nice to see you. Do you know who I am? Scalfari: Hmm, a strong smell of brimstone, an atmosphere of evil. Of course! I am in the archdiocese of Chicago, and you must be Blase Cupich! Satan: Well, nearly right. In fact, you've died and gone to Hell. My name is Satan. How are you? Apart from being dead, I mean. 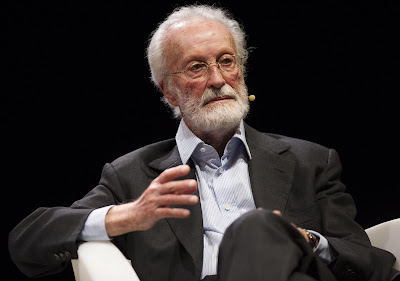 Our ace reporter. Scalfari: Fine, thanks. Now what's going on? Satan: Well, I thought we could make your stay in Hell more comfortable if we put you to some use. Would you mind interviewing me? Scalfari: Well, I seem to have got my hearing back, so that would make things go more smoothly. I won't have to make things up. Satan: No problem if you do. After all, I am the Father of Lies. Scalfari: But why do you need to be interviewed, anyway? You have regular columns in America magazine, the National Catholic Reporter, and the Tablet... Satan: Also I'm a regular contributor to Where Peter Is and a few other Catholic blogs! Still, all publicity is evil publicity, as we say down here. Now, start asking questions. Scalfari: So what exactly are your religious beliefs? Satan: Well, in fact I'm a devout Catholic, although of course I feel that doctrine needs to evolve. Scalfari: Do you receive communion? Satan: No, unfortunately, I am confined to Hell. Still, I do have many agents on the Earthly Plane. Blase. Jimbo. Fat Arthur. Joe. Nancy... They sell me their souls and I give them great power and success. How else do you think such no-hopers got so far? 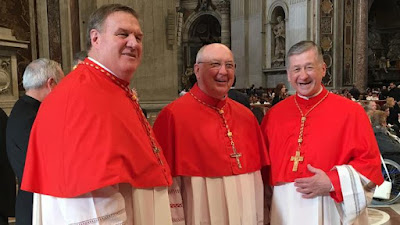 "Now remember, today's code phrase is 'Nighty-night, baby'." Scalfari: I see. All these absurd cardinals that Pope Francis keeps creating? Satan: We don't make it too obvious. One or two genuine Catholics are kept on the list as well. Although we took care to delete Chaput, Cordileone, and a few others who looked too dangerous. Scalfari: Great. Now, any comments for our readers on Traditionis Custodes, which is coming up to its first anniversary? Satan: The idea came to Pope Francis in a dream - well, I put it there. How best to cause division in the Catholic Church, other than by persecuting all the people who worshipped in the traditional way? There is a knock on the door and a servant enters. Satan: Ah, Pachamama! Two teas, please! With added brimstone. 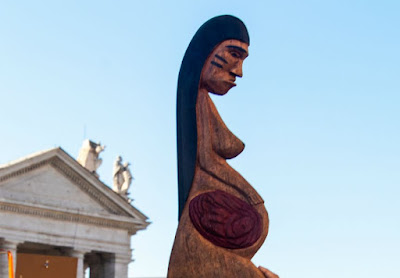