Well, you know how it is. One of your best mates dies, and he just happens to be an embezzler who stole $450,000 to pay off a homosexual partner, while at the same time covering up sex abuse. Oh, and in his spare time he was an archbishop. Well, de mortuis nil nisi bonum as it says in the Latin rite, so you brush this under the carpet and make a statement on Twitter saying how wonderful he was. (Next week on this blog... how Hitler was a gifted painter.) Your devoted fans, the Jimbies, will back you up. 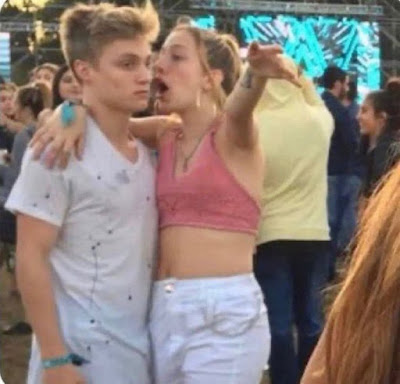 FATHER JAMES MARTIN WHO WRITES THOSE GREAT BOOKS ON HOW TO BE GAY SAYS THAT WEAKLAND WAS AN ERUDITE SCHOLAR AND A GIFTED PASTOR SO THERE IS NO POINT ARGUING THAT HE WAS AN EMBEZZLER WHO COVERED UP CHILD ABUSE DON'T YOU HAVE ANY FRIENDS WHO HAVE DONE THAT SORT OF THING? However, others are less charitable, and you find yourself facing a barrage of criticism, and not just from those dreadul Catholics who also happen to be Christians. Your next book BUILDING A HIGHWAY TO TRANS-CATHOLICISM may be rejected as the Book of the Month by the Jesuit LGBTSJ Club. Pope Francis is backing you, but then who is backing Francis these days? 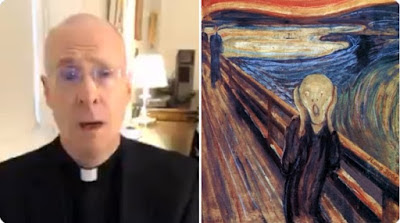 Jim faces criticism. Well, perhaps it is best to back down, and issue a statement withdrawing your foolish remarks on Twitter. Here is a draft apology, although in the end you don't go quite as far as this. Dear friends: I've deleted my original tweets about Archbishop Weakland. I've also deleted my tweets promoting LGBT issues, referring to the Holy Spirit as "she", claiming that a Canaanite woman told Jesus what to say, referring to Mary Magdalene as the first pope, praising Ignatian Yoga, and backing Joe Biden. Unfortunately, there's not a lot left.
Posted by Eccles at 12:41