Al Capone makes a statement on the Chicago massacre

Chicago, 1929. Cardinal Al Capone of the Chicago Outfit has issued a statement concerning the suppression of the North Side Institute on Febuary 14th (the St Valentine's Day Mass-acre). 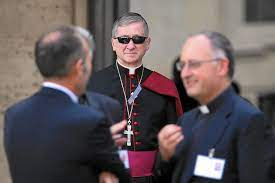 Cardinal Capone tries to look inconspicuous. "On February 14th, seven members of the North Side Community communicated to the archdiocese that they had decided to stop breathing and instead bleed to death through certain holes in their bodies. It was their choice to do so." "They were not killed. We did not shoot them. They chose to discontinue altogether." "The community had the option to continue living under our guidelines and decided not to," added a spokeswoman for Cardinal Capone. “It is a false statement that we have a ban on their activities. They are welcome to worship in any way they choose, provided that they receive permission from the Archdiocese." The spokeswoman added that, in line with the wishes of Mafia boss Big Frank Bergoglio, as interpreted by Arthur "Even Bigger" Roche, the Community had only needed to comply with 79 conditions requested by Al Capone, one of which required them to be dead. 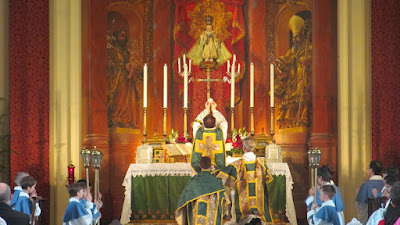 Mysteriously, the dead men all shot themselves in the back. It is not known how this Mass-acre will affect the popularity of Cardinal Capone, but there is no doubt that Big Frank is delighted. If you don't know what this post is about, take a look at the blog of Father "Z" Uhlsdorf.
Posted by Eccles at 11:09