I has cut dis artticle out of de Dialy Tellegraph. Singed Eccles (saved).


The Government reaffirmed today its intention of banning the cross from all aspects of public life, since it is a religious symbol causing terrible offence to atheists (also known as humanists, secularists, rationalists, etc. when they're running scared of the A word). The damaging effects of this CR*SS are so powerful that, as surveys have shown, approximately 80% of atheists are deeply disturbed individuals with only a tenuous grasp of reality.

BANNED from all supermarkets will be the dreadful hot cr*ss bun, a cake known to inspire terror wherever it is seen. A certain Polly T. of London and Tuscany commented, "Eeek! It's one of those religious things! To me it signifies nothing but brain-washing and child abuse. Disgraceful!" 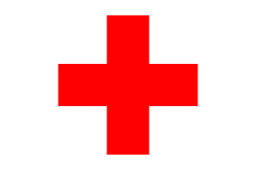 BANNED is the humble plus sign, which resembles a cr*ss. A certain Richard D. of Oxford and Colney Hatch commented, "I never use plus signs. No need - my arguments simply don't add up to anything. BAN THEM! Aaaarggghhhhh!!!"

The Red Cr*ss was tonight said to be reconsidering its position. 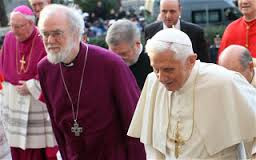 Religious leaders have also waded into the debate. A certain Rowan W. of Canterbury and Lambeth made a typically hard-hitting comment. "You know, in a very real sense, I think that we Christians should be only too pleased to discard the more controversial parts of our faith, such as belief in the crucifixion and resurrection. After all, they only jeopardise our chances of a truly meaningful dialogue with other faiths. The time has come to stand up and be counted, and to say in no uncertain terms, 'We wouldn't dream of offending anyone, my dear friends.'" 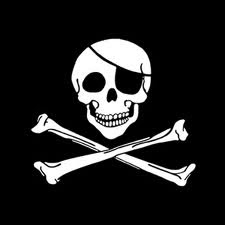 It seems that from now on, only outlaws and pirates will continue to use the hated symbol of the cr*ss. Said a prominent activist, "Long" John S. of Bristol and Treasure Island, "Aha! Jim Lad! Shiver me timbers!" However, Mr S. will not get everything his own way: this evening a Ban The Cross spokesman commented "He should drop this campaign of his: he really hasn't got a leg to stand on."