The Archbishop of Canterbury, Justin Welby, has signalled that the Anglican Church (well, some of it) will now abandon its resistance to same-sex marriage. This is part of a new far-ranging review of the nature of sin - the point being that it is anomalous for the established Church of England to be in conflict with the laws of the land.

From now on, teaching based on scripture and tradition will be abandoned, since it cannot be updated. Instead, following negotiations with the police force, there is one simple rule for salvation: 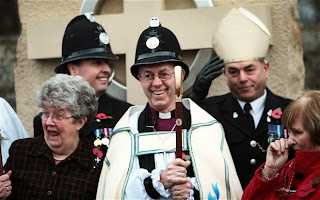 OUTGOING: All those "sins" which are no longer illegal, such as wrath, greed, sloth, pride, lust, envy, and gluttony are now repealed. Fancy some Sabbath-breaking, adultery, fornication, same-sex relationships, or worshipping false gods? Go ahead, chum. God can't touch you for it. 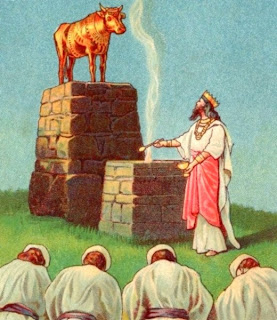 Only sinful if you are obstructing the traffic.

INCOMING: Make sure that from now on you acknowledge all breaches of the law: from now on, these are all redefined as sins. Did you drive a car without wearing a seatbelt? SINNER! Did you sell a wrongly-shaped banana in contravention of EU Directive E/1601303/ZLOBB/Q? REPENT, OR YOU WILL GO TO HELL! 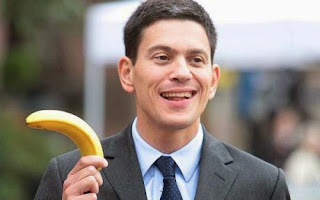 Forgive me, Father, for I have sold a wrongly-shaped banana.

These changes will filter down to the liturgy of Anglican services. Out go traditional forms of words such as "We confess and acknowledge our manifold sins and wickednesses". Instead, we shall hear the following words (possibly set to a happy-clappy anthem): 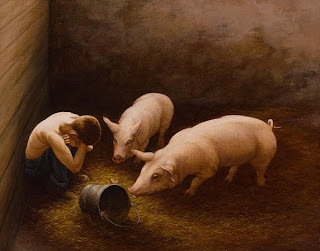 The Prodigal Son realises that he's been moving pigs without a permit.

The nature of Good and Evil is constantly evolving - in the Church of England we have long since got away from the idea of a "God" who makes up the rules - so it is good that a logical doctrinal position is now being taken. Naturally, as time goes on, new sins will defined, and some old ones repealed. One all-purpose sin that is currently under review is Denial. Do you deny that same-sex couples are really married? Do you deny that whatever sort of winter we have, wet, dry, warm or cold, it is evidence of climate change? Do you deny that Stephen Fry is hilariously funny? YOU ARE A BIGOT AND A SINNER AND YOU WILL NOT BE SAVED. 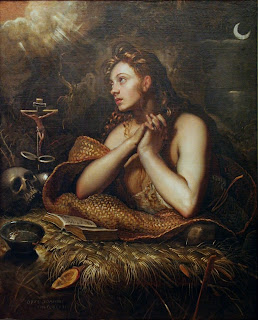 Forgive me, O Lord, for I am bigoted.