There is a fine video going the rounds of a deacon saying "Let's offer each other a sign of peace" (presumably at the standard point in a Mass) and Cardinal Dolan, the celebrant, responding "Let's not!"

This happened not because the good cardinal is Eirenephobic (or whatever the word is for a fear of peace), but because he was worried about viruses. 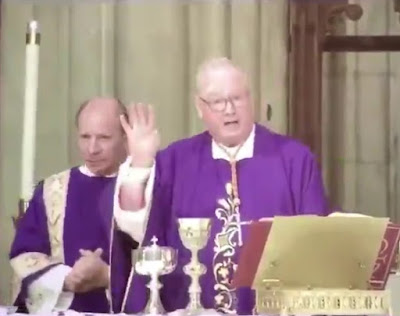 Now, although I approve of anything that can stop the Sign of Peace, the words "Let's not" are not in the Novus Ordo liturgy (and "Nolite!" isn't needed in the Extraordinary Form). Besides, the words would come better as a roar from from the congregation than the celebrant.

So we propose a new made-up liturgy (or as we used to call it, "A new Vatican-II inspired translation of the traditional liturgy into the vernacular"), as follows:

Deacon: Let us offer each other a sign of peace.
Congregation: Let's not!

Here the Deacon may shrug his shoulders ruefully, or wave his arms triumphantly, according to choice.

How should we respond to this?

Finally, if the clergy are wearing cartoon vestments (as above), then "Thanks be to God" is clearly inappropriate as a reply to "The Mass is ended: go in peace", and the Warner Brothers* have determined that only one liturgically appropriate response is possible.

* A religious order unknown to me. 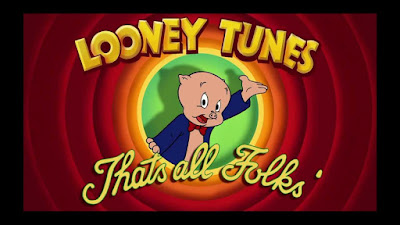