How to have a good Mass in Time of Plague

Whether or not he is one of the Four Horsemen of the Apocalypse, Plague, in the form of the Coronavirus, is making a severe nuisance of Himself, and it is important to know how we should take precautions against him when attending Mass. 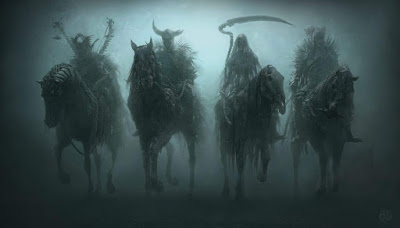 Celebrate ad orientem. Celebrating versus populum obviously increases the risk that the priest may catch something from the coughing congregation, and should be suspended.

Use only Latin. Try saying something liturgical in Latin, and then try saying the same thing in Vernacular. You will see that when speaking Latin your mouth does not open so widely, and thus the risk of transmitting and receiving germs is reduced. Those traditionalists knew a thing or two! 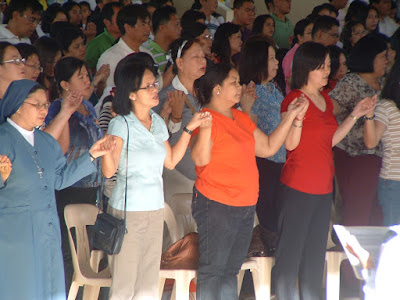 99% of doctors say NO to holding hands for the "Our Father".

Avoid bad hymns. Scientific studies have shown that singing "Gather us in," "Lord of the Dance," "Kumbayah," or "Shine, Jesus, Shine" puts a strain on the vocal muscles, as well as the brain, and makes one more susceptible to viruses. Safest of all is Gregorian chant, which can mostly be sung with the mouth closed.

No more sign of peace. I was lucky this morning, in that the choir belted into the Agnus Dei very quickly, and only two people had a chance to share their germs with me (three more were left fuming, as I switched off my friendly expression and tried looking pious instead). In general, a simple handshake can transmit 100000000000000000000000 bugs, so be warned. Grinning distantly is safest, but kicking your opponent neighbour will also work if he insists on physical contact. 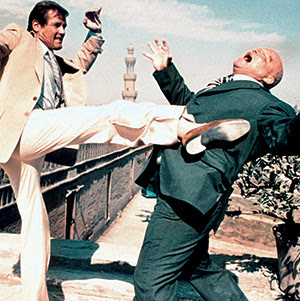 "Peace be with you."

Wear earmuffs. This will protect you against bad doctrine in the homily far better than handwash and a face mask would.

Remove all pests from the church. Traditionally, illnesses have been transmitted by pests. So clear your church of all rats, spiders, Jesuits, and anything else that may carry disease.

Ban dancing. Bad news for Tagle, the Dancing Cardinal, but it's obvious that prancing around like a teenager in a disco is going to spread germs widely. So stop! 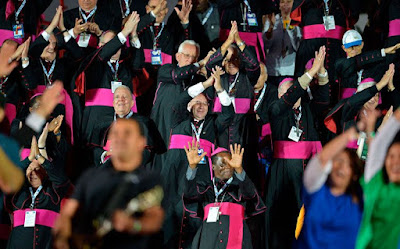 Spot the ninny. (Hint: they are all ninnies.)

Stay at home and watch it on television. Yes but, as I have explained before, this will only allow you to watch Heaven on television, rather than attend in person. So don't do it for very long.