The Book of St Richard, Chapter 28

Continued from Chapter 27 1. A year passed, and Richard achieved the age of four score; thus, he reflected on the words of the psalm: 2. The days of our years are threescore years and ten; and if by reason of strength they be fourscore years, yet is their strength labour and sorrow; for it is soon cut off, and we fly away. 3. "Aha, but I am not cut off," he said, "and I do not fly away! In fact I am still locked down in Delusion Towers, with no prospect of any flight to distant parts. This proves that the Bible is wrong." 4. However, Richard had spent his year under lock and key wisely, for in response to his critics, who had said "Get a life!" he had written another book, entitled Books do furnish a life. 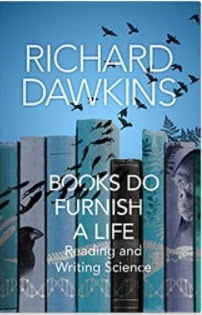 Richard getteth a life. 5. This book recorded the deepest thoughts of the greatest scientists of our age, all of whom were personally known to Richard. 6. For example, Albert Einstein had met Richard as a child, and uttered the immortal words, "Why doesn't that kid shut up? I hope he goes far... away." 7. And the learned professor Bill Nye, he whom they called the science guy, the greatest scientist of the age, had also spoken to Richard in words too profound to record here. 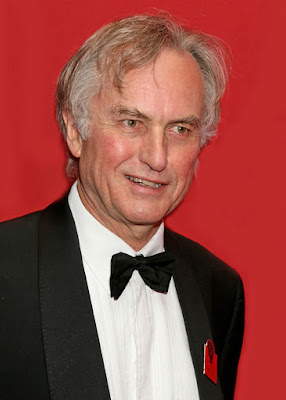 "Professor Doctor Nye complimented me on my bow tie." 8. But now Richard needed to sell his new book, and so he thought of a cunning plan to bring himself into the public eye. 9. "I will find some way to insult Catholics," he said. "Then everyone will remember me once more, and maybe a dozen hardy souls will buy my book." 10. In doing this he was using the methods of the great scientists Brian Cox, who had used physics to prove that soul music did not exist, and Alice Roberts, who told the astonished world that dead people did not come back to life on Good Friday. 11. So Richard spake out, saying "Beware Catholics who tell you that bread can become the body of Christ, and wine His blood. Is it not pernicious to bring God into a religion?"

"If only Richard were here to explain it to us!" 12. Then he spake out further, saying that most Catholics did not believe this teaching; for being a scientist he had asked one Jesuit and stopped his experiment because he had the answer he wanted. 13. However, Richard was unaware that Catholics had discussed this teaching for two thousand years: for scientists only read the most recent literature. 14. Thus once again Richard became the stock that laughs, and was roundly mocked by all men of faith. 15. However, he had sold three more copies of his book, and was exceedingly happy. To be continued. The Book of St Richard beginneth here.
Posted by Eccles at 14:19