The Book of St Richard, Chapter 29

Continued from Chapter 28.. 1. One day, Richard looked at himself in the glass and said "Am I not a perfect being?" 2. "I am the brainiest zoologist in Oxford, I am so handsome that I have had three or four wives (I forget exactly how many), and my genes are tighter than anyone else's." 3. "What a shame that there are people in the world less worthy to live than I am." 4. "For the butcher is spotty, the baker knoweth no theology, and the candle-stick maker hath arthritis." 5. So Richard spake out to a man known as Brendan the radio host, who made a living by listening to the wise words of sages and prophets, or at least the vain boastings of celebrities. 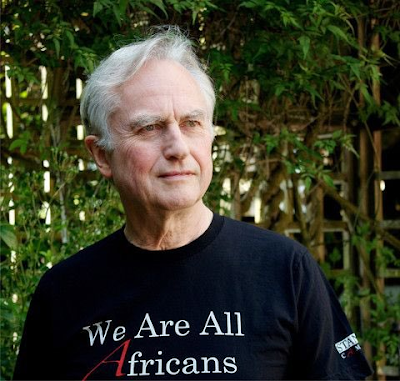 "We've invited an African as part of our diversity programme." 6. Now Brendan had a daughter who was blessed with the mark of Down. And he loved her dearly. 7. So Richard, whose studies had made him an expert on moral issues, as well as tact and politeness, said to Brendan "Why didst thou not slay thy daughter? It would be moral, nay, wise and sensible so to do." 8. So Brendan asked Richard whom else he would slay. 9. And Richard spake out, saying "Let us slay the deaf and blind. For this would increase the amount of happiness in the world. Besides, they never buy my books, my CDs, my videos, or my tee-shirts." 10. And on further reflection Richard was willing to slay those who broke a leg, or suffered from a hangover. For what use were they to the world? 11. So it came to pass, when all men had heard the wise words of Richard, that he got up to leave the studio. 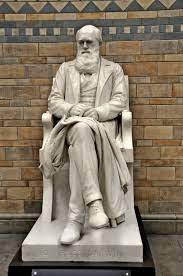 And now cometh the Nemesis of Richard. 12. And Brendan cried "Look where thou art going, professor: art thou blind?" For Richard had crashed into a statue of Darwin which had been brought into the room to make him feel at home. 13. But Richard, being aged four score years, heard not the warning, neither saw he the statue. 14. And as he lay on the floor, with a broken leg, he said bashfully, "I am sorry, Brendan, I have drunk of the wine that is red, and it hath given me a headache." 15. So Brendan reflected that it might not be difficult to find someone who was deaf, blind, blessed with a broken leg, or suffering from a hangover. Especially one who brought no happiness into the world. 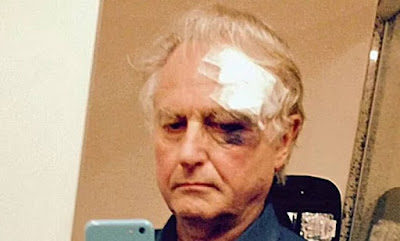 A perfect being. To be continued.
Posted by Eccles at 14:14