Following the departure of Callista Gingrich from the post of US ambassador to the Holy See, relations between God and Mammon were left in the hands of a mere chargé d'affaires, Patrick Connell, until President "devout Catholic" Biden could get round to appointing a new ambassador. It is the great privilege of this blog to be able to report that the new ambassador will be Prof. Massimo "Beans" Faggioli of Villanova University. 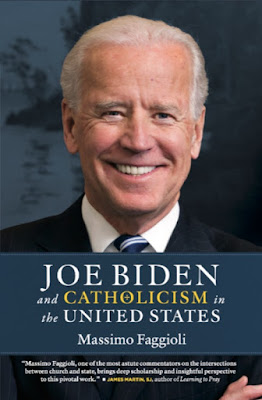 Beans won the "write a book about two totally unrelated topics" prize. Prof. Beans came to Biden's notice for his persistent defence of Joe's "devout Catholic" label. The other slightly-Catholic Democrat cheerleaders, Cupich, Gregory, Martin, etc., were mostly in holy orders, and Massimo was considered a more suitable person to represent Biden to the Holy Father. Some alt-right hateful hardline alt-trad far-right Catholics have pointed out that Biden's new "kill a baby and win $5000" legislation might be considered to contradict Christian teaching, but, after all, following the lead of King Herod is Biblical, isn't it? It has also been pointed out that forbidding Joe Biden from receiving Communion would have no perceptible effect, as the old man has usually dozed off before "The Thing" takes place, and never actually receives. Thus there is no point in the US bishops ganging up on the old chap. 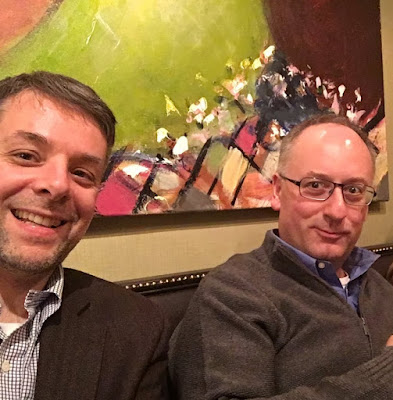 Fr Spadaro tells Ambassador Faggioli his "2+2=5" joke. So what will be the duties of Ambassador Beans? Well, Callista Gingrich spent four years exercising her diplomatic skills to the utmost. For, although Pope Francis hates Donald Trump like nobody else on Earth (see the encyclical Vir Luteus malus*), Her Excellency managed to prevent the Vatican from declaring outright war on the United States. * Orange man bad. Under the Biden-Kamala presidency, there is likely to be less diplomacy required, and His Excellency Ambassador Faggioli will have plenty of time for writing yet more books (the next one will be called "Is Joe Biden the New Messiah?"), and may even have time to attend Church occasionally. The real danger is that the UK may one day follow suit, and, if a Labour government takes power, it could appoint Prof. Austen Ivereigh, another sycophantic scribbler known for his tact and diplomacy, as ambassador to the Holy See. Austen is already said to have the Pope's ear* and would no doubt get on very well with Francis. *He keeps it in the freezer. 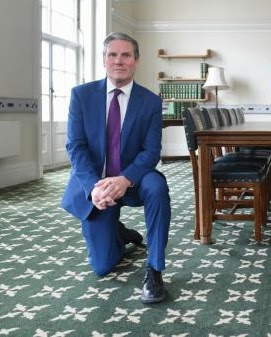 Keir Stermer rebrands himself as a "devout Catholic".
Posted by Eccles at 14:25