As seen on the "Where's Peter?" blog. Pope Francis has done a wonderful job in his eight years as Vice-God - he's never put a foot wrong. Even the death of Fra' Matthew Festing this week has only reminded us of one of Francis's early achievements, the conquering of the Sovereign Order of Malta, a diplomatic triumph similar to Vladimir Putin's annexation of parts of Ukraine. But all good things must come to an end, and, although it is probable that Francis, as a superhuman being, is actually immortal (unlike Festing, ha ha), we should have a pope-in-waiting in case he leaves us, possibly by direct Assumption into Heaven. 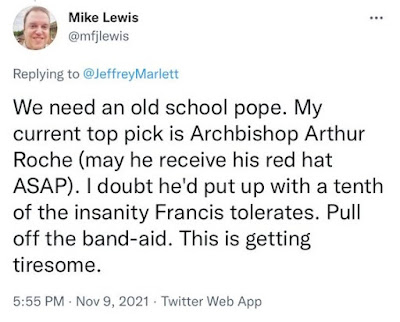 Uncle Arthur gets our vote! Alas, the St Gallen Mafia - which gave us our wonderful Argentinian pope - is in disarray, with some members dead, others senile, and others in hiding from the police. Who will take their place? Well, we have it on the highest authority that Blase Cupich will be starting up a St Valentine Mafia (named after the Chicago Mafia's most famous massacre), and is gathering together a group of like-minded people, each too ludicrous to be himself a serious contender for the papacy. "Dancing" Tagle, "Uncle Wilt" Gregory, and "Nighty-Night" Tobin are all expected to participate, with "Real Estate" Becciu as treasurer, and Austen Ivereigh as secretary, dogsbody, and maker of tea. Already one name is springing out of the woodwork - Arthur Wensleydale Boycott Roche, the bluff former ice-skater* from Yorkshire. The man who told us that the traditional Mass was abrogated, even though several popes had said it wasn't. A man who will GET HIS OWN WAY. * According to Damian Thompson. 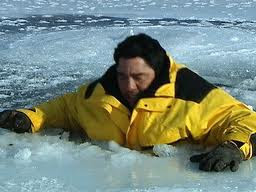 Eventually Uncle Arthur realised that he should retire from ice-skating. Uncle Arthur will be a worthy person to run the Vatican. It is true that after the magnificence of Hinsley Hall, the stately pleasure-dome he occupied when bishop of Leeds, he may find the place a little cramped. But he is prepared to make such sacrifices. But so far the great man is not even a cardinal. What is Pope Francis playing at? Aren't you sick of the old buffer sometimes? CURSES, WHAT AM I SAYING? 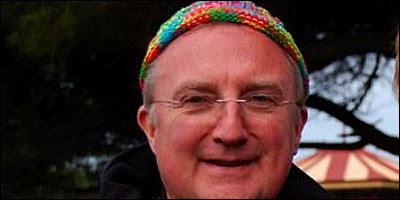 Pope Arthur will not wear the traditional zucchetto.
Posted by Eccles at 10:38