Following the issue of Traditionis Custodes, Pope Francis has now decided a name for the new "first class" and "second class" system under which the Catholic Church will be organized from now on - it will be known as ApartTrad. 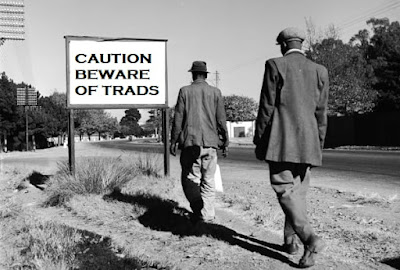 A typical ApartTrad notice. First Class (Novus Ordo) Catholics - the ones that Pope Francis expects to see in Heaven with no questions asked - will be given full facilities for offering the post-Vatican II Mass. This will be in "vernacular" of course, although in another ten years from now, Francis intends to insist on Italian ("like Jesus spoke") since all other languages will be condemned as divisive, not to mention racist, fascist and major causes of climate change. Second Class (Traditional Latin Mass) Catholics - already labelled "Satanic" by some of Francis's attack poodles - will have to struggle to find a place where their perverted liturgies can be offered. At present a twenty-mile walk to Mass is considered reasonable, but as the restrictions begin to bite, there will only be a few "Concentration Camps" in which those old fogeys (some of them as young as 3) will be allowed to congregate. 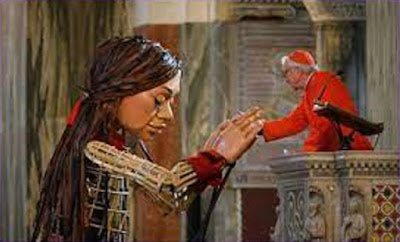 Amal Clooney is sent to check on Cardinal Nichols's orthodoxy. Of course there are many people who attend both EF and NO Masses, and they are advised to establish their First Class credentials as soon as possible, before the new "yellow star" system is introduced to identify the TLM plebs. Other sacraments will soon be denied to the Seond Class Catholics. No Marriage ("we don't want them breeding!" joked Francis), no Confession/Reconciliation (this has already largely disappeared in the Novus Ordo, since so many sins have been reclassified as "no problem, guys"), and of course no Ordination ("MORE Satanic priests? I think not!) 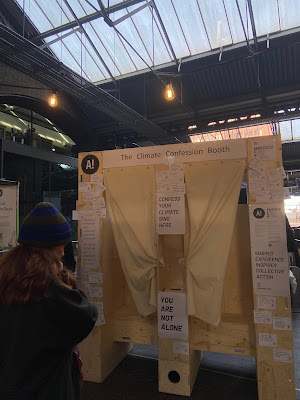 Of course some sins are still recognised. Already the Vatican has received worldwide condemnation for its new ApartTrad system, with such paragons of religious freedom as China, North Korea, Saudi Arabia, and Pakistan reeling in horror at the cruel persecution seen in the Catholic Church. So there are hopes that President Francis may yet moderate his policy.
Posted by Eccles at 14:43