Arthur Roche, Prefect of the Congregation for Divine Worship and the Discipline of the Sacraments, today admitted that he had "never heard of Agatha Christie". Friday was the 50th anniversary of the indult given by Pope Paul VI permitting the use of the Traditional Latin Mass in England and Wales. For those who don't know, it is sometimes called the Agatha Christie Indult because one of the high-profile signatories of the petition that led to it was Agatha Christie herself (read the Wikipedia article to see who else signed). It is said that Pope Paul VI was an Agatha Christie fan, which helped to get the indult. 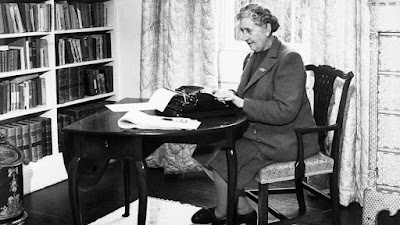 Dear Holy Father... However, the story does not end there. Uncle Arthur, in a mysterious letter to Cardinal Nichols, has claimed that the CDW had no record of this indult (and anyway, if a copy were to turn up, then of course Merciful Francis's "De Traditione Comburendo" Mot. prop. would supersede it). "I've never even heard of this Agatha Christie," claimed the fat man. "They tell me that she's a writer of detective stories, such as The Mysterious Affair at Rome, Why didn't they ask Benedict?, Death on the Tiber, and Hickory Dickory Doctrine (and I take that as a personal insult), but I find that hard to believe. Anyway, I prefer Father Brown, especially this new man on the television who is basically an Anglican." 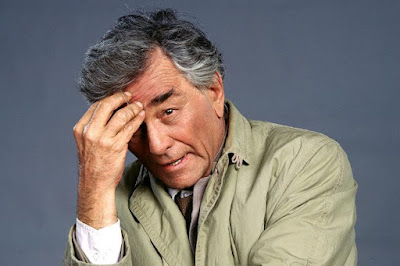 A twist in the plot. Lieutenant Columbo happened to be passing at the time. "Just one more thing, before I go, Archbishop," he commented. "I see that your CDW shredder isn't working too well, and I happened to find this page on which some words are readable. Here's one bit. Dear Agatha. And here's another bit. Of course ... never abrogate .. Traditional Mass. Oh, here's one more fragment. How about a novel ... ambitious Yorkshireman ... cardinal despite ... totally useless? Any idea what these could refer to, your Grace?" "No idea," responded Archbishop Roche. "I'm only the Prefect of the CDW. I'm too busy for that kind of stuff. Why, some people keep telling me that there was a Pope Benedict whose words totally contradict Trad. Comb. I've never heard of him. Officially, he never existed." 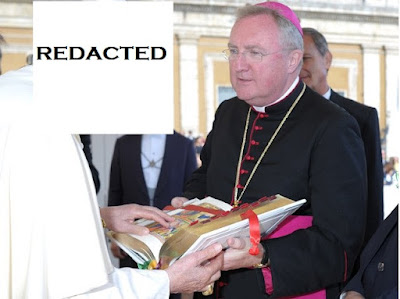 Found in the CDW archives. Now, Arthur old man, about your other great blunder, saying that the TLM was abrogated... well, you can see that demolished elsewhere by Fr Hunwicke . And in many other places.
Posted by Eccles at 13:56