The Gift of Traditionis Custodes

We are truly honoured today, in that His Eminence Cardinal Blase Cupich, winner of the 2019 World Cup of Bad Cardinals, has asked us to publish an excerpt from his Prattle blog. 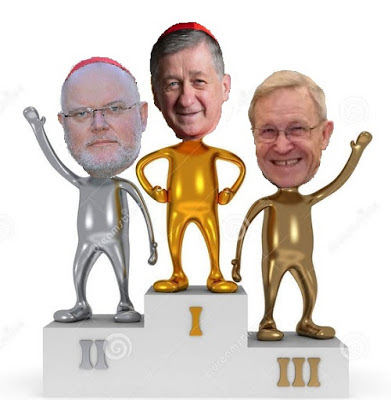 A worthy winner - but there is some promising new talent on the horizon. I think it is important to point out from the outset that a careful reading of the motu proprio reveals the Holy Father's intention in issuing this document. Simply put, it is to give the wretched traddies a kick in the teeth! How dare they reject all the innovations of the present saintly pope, such as Amoris Laetitia and Pachamama! Filial Corrections! DUBIA! I spit on your Dubia! Being all so much holier-than-thou because they use obsolete forms of worship, read obsolete books like the Bible, and hold to obsolete notions such as morality! I don't think this will go down too well, Eminence, so shall we start again? Have some Valium before you start. Oh all right. The pope's intentions are to reform the Roman Rite by getting rid of it. We all know how good Reform is. Do we not celebrate the Reformation? The word "reform" means something, namely that we leave behind old ways of celebrating the sacraments, and make up new ones. Modernize, Build Back Better, Blah blah blah © St Greta, SMASH THE TRADS... 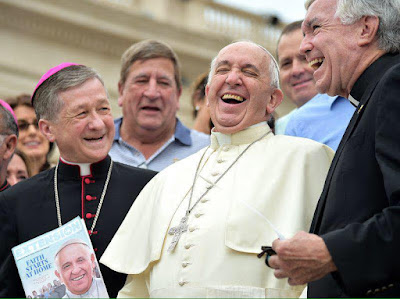 "You called TC a 'gift'?" Eminence! More Valium? Yes, sorry. We need to express the unity of the Church by stamping on all those who don't like 1960s ideas. Remember the liturgical books promulgated by the saintly popes Paul VI, John-Paul II and Francis, in conformity with the decrees of the Holy and Blessed Second Vatican Council. Between the years of 33 AD and 1965 the Church had got everything entirely wrong, and these saintly popesTM made it clear that we must leave behind our former ideas of prayer, kneeling, worship, solemnity, and holiness, and instead we must PARTY PARTY PARTY. There are three guiding principles that Pope Francis provides for implementing TC. The Unity of the Church. Pope Francis has united the Catholic Church in that everyone thinks he is a complete idiot. No, I didn't mean that. I mean that he has united the church by bashing those whose views differ from his own. The Second Vatican Council and its reforms were the work of the Holy Spirit and are in continuity with the tradition of the Church. Continuity with tradition is an important phrase here - it means changing everything completely. The role of the bishop as the sole moderator and guardian of liturgical life in his diocese. Yes, since all he needs to do is exactly what Pope Francis wants him to do. He has complete freedom of action. You don't imagine that I became a cardinal by thinking for myself, do you? 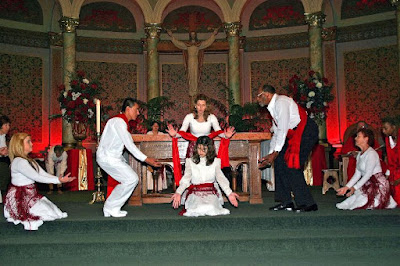 From now on, this is the preferred form of worship. And now try and say the following without giggling. I believe that we can use this opportunity to help all of our people come to a fuller understanding of the great gift that the Council has given us in reforming the way we worship. I take seriously my obligation to move forward in a way that promotes a return to a unitary celebratory form in accord with the directives of TC, but in the meantime, we all need to pray, as Jesus did the night before he died, that all may be one.
Posted by Eccles at 12:02