Have you tried Eccles's Blogg? Aw, go on! Go on!

A special article in the Daily Telegraph from Damian Thompson. 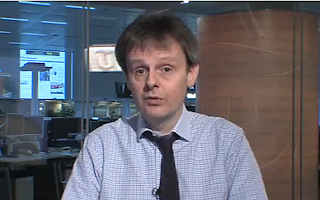 Eccles has taught me all I know about custard.

Here’s some advice for Kieran Conry, Richard Dawkins, Iain Dale, and Stephen Fry. If you didn’t catch up with Eccles's blogg this week, don’t bother now. You’ll spoil your weekend. On the other hand, everyone else is in for a treat. Forget those tedious Telegraph blogs and read something with genuine spiritual nourishment. As Arthur Conan Doyle would say: Go on. Go on. Go on, go on, GO ON!!!! 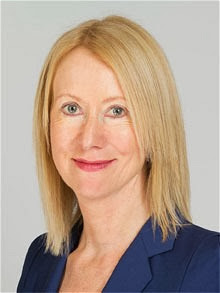 Eccles is at the forefront of modern blogging - and opinion forming. He adopted Cardinal Ouellet as a papal candidate, and soon afterwards Cardinal Belgrano was elected Pope. He criticised Arthur Roche, and this led directly to his promotion to archbishop, with responsibility for closing churches in Rome. He praised Paul Inwood's innovative approach to "Vogon" music, and the old man was sent packing by Bishop Egan. 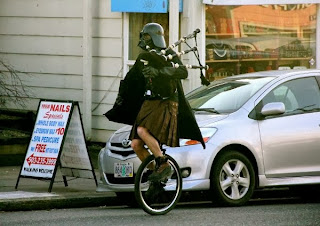 Star Wars, bagpipes, unicycles - back in fashion since Eccles posted this on Twitter.

Eccles has an ear for music that Van Gogh (and our own bloggers Stephen Hough and James MacMillan) could only envy. Who else would dare to help Christina Rossetti rewrite In the bleak midwinter? 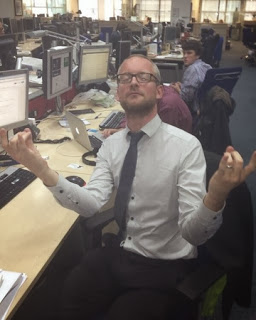 Tom Chivers - I gave him a job thinking that he'd write about jelly.

Of course, there are some Telegraph bloggers who are not overshadowed by Eccles. Young Michael "Mi" Wright, is our Tech blogger, who tweets as @brokenteacuplad, and so far Eccles has not yet turned his hand to technology. Also, we've got Gerald Warner, Ed West, Peter Mullen and David Lindsay. Oh, did we lose them? Well, never mind. 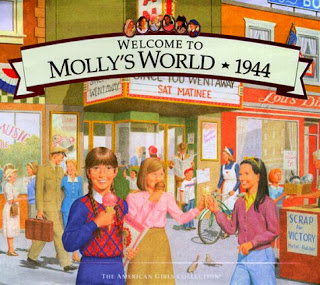 Moly (now retired) was a troll that I employed to drive up the hits on my blog.

Eccles is also relatively silent on environmental issues, whereas we have our great double act of Geoffrey Fat and James Upthepole, to tell us (a) the world will burst into flames next week unless we ban all motor cars (b) we're heading for a new Ice Age.

But in general the Telegraph blogs cannot compete with Eccles. His best line of the week? Out go Humanae Vitae and the other fuddy-duddy documents! In comes your own Episcopal Encyclical Fac Rem Tuam (or, since Latin is obviously not "cool", you may just say Do your own thing). 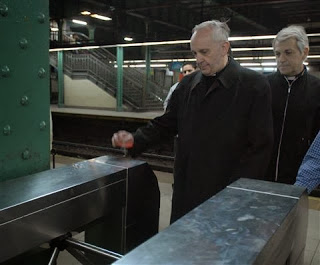 A fan of Eccles wonders why his Oyster card has stopped working.

Which isn't to say that Eccles is always being rude about people. His Eccles Bible Project has now reached the book of 1 Chronicles, and throws new light on the subject of Jizreel, Jishma, Jidbash, and their sister Hazlelponi. Scholars have said that it includes the definitive study of Hazlelponi.

If only Eccles would agree to write for the Telegraph blogs! But he already writes, under various pseudonyms, for the Tablet, Beano, Luton Budgie-Fanciers Gazette, Babes in Custard, and other scholarly publications, so he simply hasn't got the time! 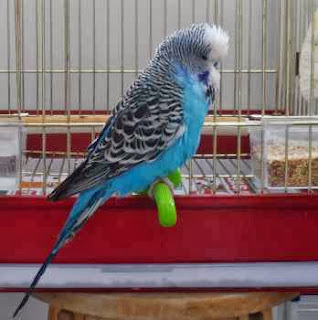 The budgie-fanciers of Luton do not know how lucky they are!