A profile of Archbishop-elect Capone of Chicago

Bishop Al Capone of Speakeasy, recently appointed Archbishop of Chicago in succession to the much-loved Cardinal George, is not the usual sort of Catholic bishop. When we met him, we started off by asking him about his pro-life credentials, but we were slightly nonplussed by his reply, when it became clear that he was not averse to throwing dissident clergy into the river, their feet encased in concrete boots. Even the Bishop of Lancaster, a hard-liner when it comes to suppressing people who disagree with him, has not yet sunk any of his blogging deacons in the River Lune, as far as we know. 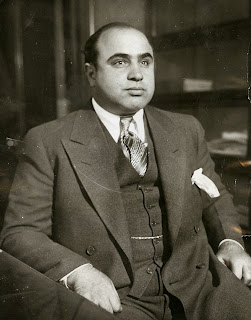 Bishop Capone is clearly a saintly man, and he tells me he is planning something special for the feast of St Valentine next year. I also observed half-a-dozen priests entering his cathedral carrying violin-cases, so I assume that some brilliant musical event is being planned. 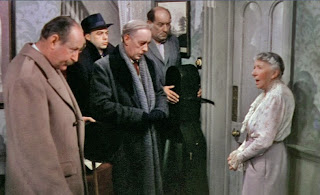 The clergy invite an old lady to a musical event.

All things considered, Bishop Capone looks like being a great asset to Catholicism in Chicago. And to think that, owing to a clerical error, they nearly appointed a seminary-closing, pro-life prayer-forbidding extreme-liberal bore called Bishop Blase Cupich instead!

Meanwhile, in England, Bishop Marcus Stock has been appointed as the new Bishop of Leeds. Stock is said to be a close friend of Cardinal Vincent Nichols, and has even been described as Vin's stockpuppet. Curiously, Damian Thompson of the Telegraph Spectator was once tipping Fr Alban McCoy of Cambridge to the prestigious (and especially enlarged) seat once occupied by Arthur Roche. Clearly, this was a simple confusion between Star Trek personages. As the picture shows, it is Spock who has Vin's ear. 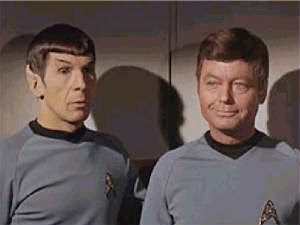 Uufortunately, Mgr Raymond Kirk of Chicago was excluded from consideration, owing to his extreme age.