Justice for Tina - the fight goes on

We are shocked to read in the Tablet that Professor Tina Beattie, the "Catholic" "theologian" has been banned by Archbishop Leo Cushley of St Andrews and Edinburgh from speaking on Church property in his diocese. This blog has long been a supporter of "lovely Tina", without controversially going so far as to describe her as either Catholic or a theologian, and it is time to revive the Justice for Tina! campaign. 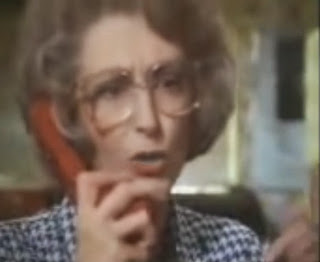 Theology? An ology? She gets an ology and she thinks she's failed?

Of course St Paul notoriously wrote "Women keep silent in church" (1 Corinthians 14:34), but modern theological scholarship has concluded that this was probably an over-reaction after the day he took his Auntie Moly to church with him and she kept up a constant commentary of "Woeful!" Archbishop Leo's interdiction - according to the Tablet - is even fiercer, and dear Tina will not even be able to speak on church property. So even a "good morning, bruvver Eccles" will be a hanging offence if she says it while standing in the church car park. 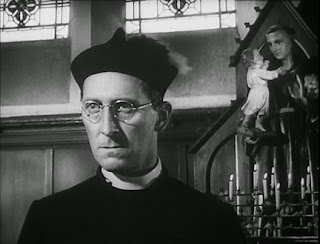 Leo Cushley was apparently acting on instructions from the Inquisition (now known as the Congregation for the Doctrine of the Faith), and this is evidence that even in Rome the writings of dear Tina are scutinised for heresy. Tina, as a close friend of yours, may I give you some advice? If one day you are lecturing in Roehampton and you find Cardinal Gerhard Müller sitting in the audience, BE VERY AFRAID. Drop your plans to explain how abortion and same-sex marriage are key Catholic doctrines, forget any possibility of comparing the Mass to an act of homosexual intercourse: go for something uncontroversial, like the parable of the sower and the seed, while keeping off rude jokes about seed. 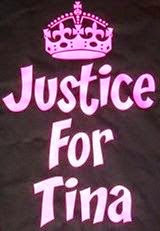 The campaign goes on.

To be banned once (Clifton), Tina, may be a misfortune; to be banned twice (San Diego also), looks like carelessness. To be banned three times (Edinburgh) looks very much as though someone thinks you've been misbehaving. But we're not going to take this lying down, are we, Tina? Forget the massacres of IS/ISIS/ISIL/SS (Satanic State)! Forget the fact that Cardinal Kasper was cornered by 20 cardinals led by George Pell, and had his head pushed down the Vatican toilets! Forget the fact that the Catholic Church in Scotland is now run by the SNP! No, the burning issue today is JUSTICE FOR TINA! Write to the Pope now! Write to Gerhard Müller! Write to the Tablet! Write to the Beano! 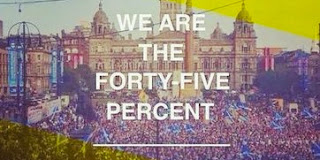 45% of Scots said that Tina was welcome to lecture in their homes!