No platform for extremists!

Oxford Undergraduate: As an Oxford Undergraduate, I am very anxious to make sure that any views that I disagree with get a fair hearing, i.e., none at all. After all, isn't that how education works? For example, a college which must remain nameless (Christ Church) wants to hold a debate on abortion, involving two "cis" males...

OU: This means males who are not really females thinking they are males: tragically, Tim Stanley and Brendan O'Neill really are males. Therefore, they are automatically prejudiced against a woman's right to cut her baby to pieces. Eccles, do you think we should allow extremists a platform?

Eccles: How else are they going to catch trains?

OU: Be serious for a moment, Eccles. Should extremists be allowed to tell us their views, so that we can decide whether they are extremists or not?

Eccles: It's never really bothered me. The real extremists - the ones who think the gas chambers were a pretty neat idea - never really get very far in the UK. The "jihad" bunch don't organize debates on "Should we cut the heads off unarmed women and children?" as they know they'd lose. So they run off and join the Satanic State nutters.

OU: But there are extremists everywhere, Eccles! For example, those people who tell you that gay marriage is not actually marriage at all! They disapprove of same-sex unions and rent-a-womb babies! They refuse to make cakes bearing political slogans about the right to wed anyone or anything we wish! I've suffered myself, you know - I wanted to have sex with my washing-machine in Tom Quad, but the porters stopped me! 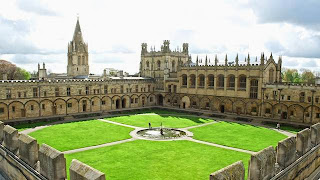 Eccles: That's shocking. You're another Alan Turing. They should make a film about you with Benedict Cumberlandsausatch.

OU: Quite so. They've even made me lock my washing-machine away in a garden shed.

Eccles: I expect it will become a relic to be venerated, like the famous Shed of Turing. Anyway, haven't we wandered away from the point? 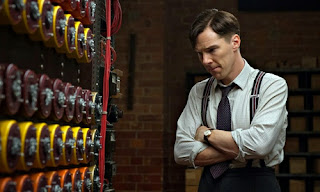 Turing - made a Turing machine out of paper tape in order to decipher Elgar's Enigma variations.

OU: Quite right. The point is that there are extremists everywhere, and they're not yet being beaten up by us peace-loving tolerant liberals! In fact we are so peace-loving and tolerant that we have asked for the debate to be cancelled, so that we aren't forced to go and beat up the participants!

Eccles: You're being very reasonable there. By the way, do you know why the college is called Christ Church? Could it be something to do with Christianity?

OU: Christianity! I was away the day we did that at school, but it's extremism, I know it is. I must consult my friend Freda M'Speech on this one. A few peace-loving threats, and we should be able to eradicate the religion for good. Now, leave me in peace, I just typed "Abortion" into Google images*, and I'm not feeling too well... How dare Google allow people to find out what abortion is really about?

*Don't try this at home. Seriously.