Following the unexplained demotion of Cardinal Raymond Burke from the post of Cardinal Prefect of the Supreme Tribunal of the Apostolic Signatura to Patron of the Sovereign Military Order of Malta, a wave of sympathy, love and affection has swept the Catholic world, so much so that Burke is rapidly becoming a cult figure, and significantly more popular than Pope Francis. 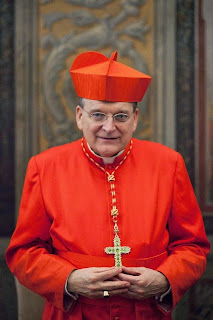 The hero of the hour.

Throughout the civilised world petitions are being signed saying "Thank you, Cardinal Burke", or "We love Cardinal Burke", or "Burke, the People's Cardinal", or even "Burke for Pope". Gammarelli's sales of the Burke-style Cappa Magna have gone through the roof - causing a world shortage of silk - as bishops round the world decide to dress up like their hero. On the other hand, Pope Francis is definitely feeling unloved at present, as cruel people send him details of retirement homes and "How to claim your papal pension" booklets. It's fair to say that no clergy are dressing up like the Pope (except indeed Cardinal Burke, as he tries on a set of white robes, "just in case the call should come"). 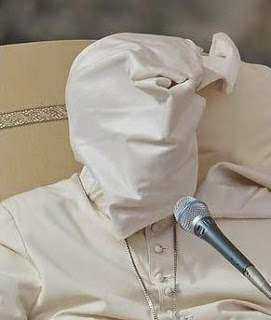 Although the Protect the Pope blog was closed down by a bishop who felt unable to support its aims, we are told that a new Protect Cardinal Burke blog is to be established, which will counter unwarranted attacks on the cardinal from liberal Catholics, Kasperites, and jealous popes. 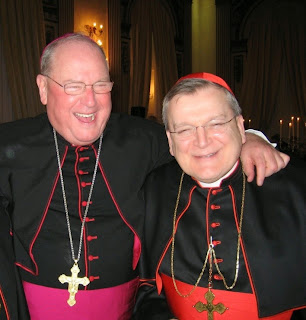 Cardinal Burke himself is a modest man, and does not appreciate being made into a cult figure. However, whenever he appears in public, teenage girls whistle and scream with delight - which is not entirely appropriate for a Requiem Mass. His is clearly a hard act to follow, and it is unlikely that the new man, Archbishop Dominique Mamberti, will attract the same adoration. 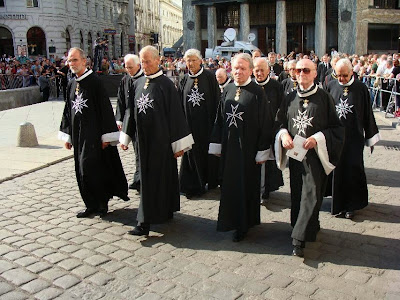 Raymond Burke's new job involves getting the Knights of Malta to cheer up a little.

Late News: Cardinal Burke has decided to challenge the Pope's decision to dismiss him. To do this, he need only appeal to the Supreme Tribunal of the Apostolic Signatura. Since he remains president until the decision is confirmed, he can never be sacked. Q.E.D.