Liturgical dancing - the only way to worship

Advent is here, and many readers have asked me, "How can I brighten my services with a little liturgical dancing? The traditional litany of the Mass is so predictable, with its obsessive focus on God, and my congregation is crying out for novelty and entertainment."

So we have got together with some of the greatest liturgical experts of our time, to present a new translation of the Mass that can be (and should be) danced to. Out go the ancient Latin texts, and in come Spirit-of-Vatican-II dances from the period with which our experts are most familiar, from the 1940s to the 1970s! 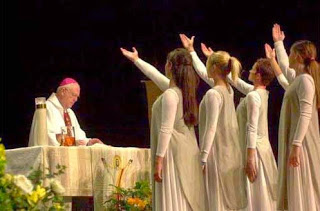 Dr Eccles, the Regius Professor of Liturgy at Oxford, explains: England's "Mr Liturgy" has chosen to replace the boring "Kyrie Eleison" stuff with a more rhythmic version, which marks the passage of the hours, while at the same time bringing us meekly to our Maker. It states our devout intentions for the Mass: "O Lord, we shall rock around the clock tonight." 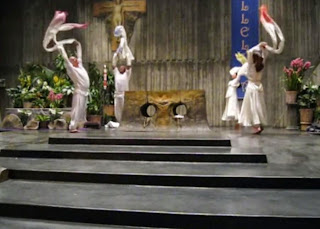 Eccles: Bernie knows that all forms of worship are equally valid, even ones that don't have much to do with God, and so she has chosen to glorify the Lord by saying, in effect, "God created us to dance, and, when you get down to basics, that's what Christianity is all about." 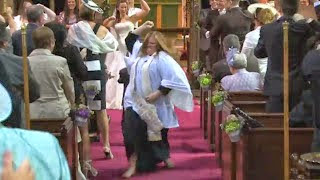 Eccles: A powerful affirmation of faith from Dan Schutte, there. "Oh, it's in the bag," is a very concise summary of God's purpose in the world, I feel. "Do the hippy shake, shake, With all your might!" is certainly telling the world in no uncertain terms that we are backing God! 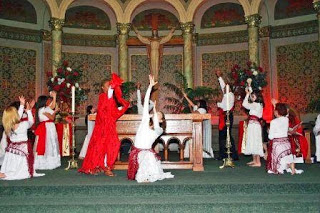 Eccles: A new take on the boring old "Holy, holy, holy" routine that drives so many people away. Kevin tells us to shake our bits to the Lord, and show Him we're gonna work it on out! This is just what we have come to expect from a man of sincere and deeply-held faith. 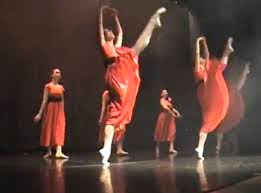 Eccles: Well, "Blessed is He who comes in the Name of the Lord" is very old-fashioned, and Graham has recognised that we may want to celebrate other blessed people, perhaps ones with a greater tendency to dance! 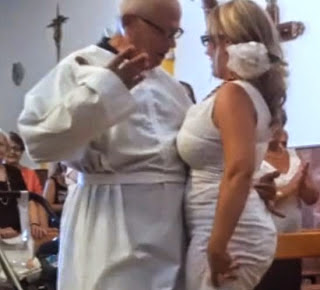 Eccles: Estelle has gone for a more traditionalist liturgical dance, one in which physical contact is encouraged! "What is a boomp between friends?" we ask ourselves, and this is follows on naturally from the "Boomp of Peace" that many go-ahead parishes have introduced recently.
Posted by Eccles at 17:32