There has been an impassioned debate on Twitter about whether it can ever be "right" to tell lies. I was thinking of joining in, but after a blizzard of tweets such as: 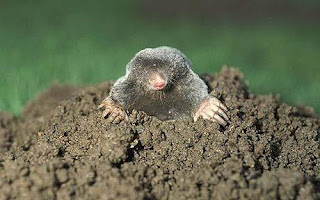 I decided that some people were making mountains out of molehills, or, as the Bishop of Corby would put it:

paradigms of the species Homo Sapiens were fabricating prominent pinnacles out of acclivities pertaining to the Talpidae family in the order Soricomorpha.

There have also been some excellent blog posts on the subject, for example this one.

Actually, it's very simple. Lying is wrong. Don't do it unless some greater good will come from it. But it's sometimes the right thing to do. I'm with St John Chrysostom rather than St Augustine on this one.

After all, you are allowed to pull sheep out of ditches on the Sabbath (see Matthew 12), even though it involves breaking one of the ten commandments. 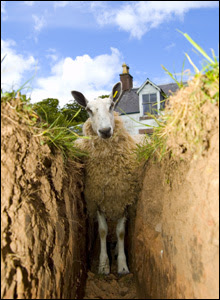 "It's all right, I can wait until Monday. No worries, honest!"

Likewise, only a lunatic would think that telling the truth and thereby giving away a concealed family of Jews to the Nazis was a good idea. 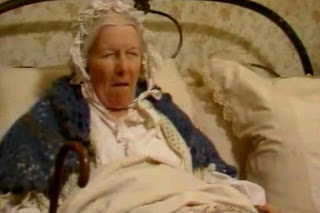 Nobody believes me when I say there are two British airmen in my wardrobe.

So, let's use the Devil's weapons against him. Lie if we have to, steal, break the Sabbath, commit murder (in wartime), ... I'm not sure about adultery: is James Bond acting for Jesus? That's a tricky one. Also, coveting is a hard sin to use in positive way; if only I had the debating skills of... ah.

Now, His Eminence Cardinal Baldisseri would argue that it is OK to commit theft of other people's books occasionally, and in his case he was acting against Christ rather than the Devil. Oh dear, not a good example, that one, was it? Ignore it and move on. 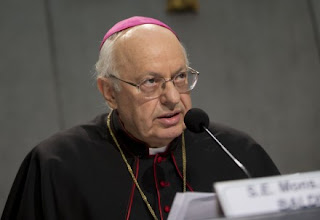 Of course, if we had no liars, then the world would have to get by without lawyers, politicians, and diplomats, none of whom can succeed by telling the truth all the time. "Your honour, I think my client is guilty, but he's paying me lots of money to argue that he's not..." No, that approach doesn't really work.

I hope this wasn't too long and complicated. Sometimes we saved people see things more clearly than the rest of you.

Trust me. Would I lie to you?