Our story is set a long time ago, in a galaxy far, far away. The Smith Lords are all-powerful, imposing their will on all intelligent life-forms. The cruel dictator, Darth Smithius, ferociously suppresses the old ways, which are still practised by the Latin-speaking Tradi Order - the ones who know how to use the Extraordinary Force. He drives them back as he imposes the Ordinary Force. 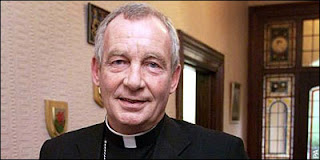 The Tradi knight, Tim-obi Wan Fin-igan, is urged to flee the land of the black fens, and he takes refuge on the distant planet Thanetooine at the gates of Mar. Nearby, he finds another Tradi Master, Marcus Yoden, the custodian of the gates of Ram. Meanwhile, the black fens see the arrival of the young master Annoyin Stevefisher, who in those days has not yet turned to the Dark Side; he is considered to have been broadly neutral in the recent Clown Wars, when so many masses were taken over by puppets, clowns and liturgical dancers. The people of the black fens expect that the Extraordinary Force will be with him. 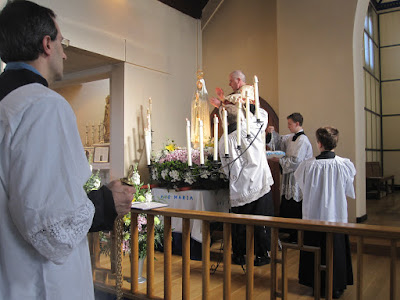 The temple in the black fens. Note the impressive array of light-sabres.

As we wait to see what Annoyin Stevefisher will do, we have a comic interlude, with various subsidiary characters such as the following: 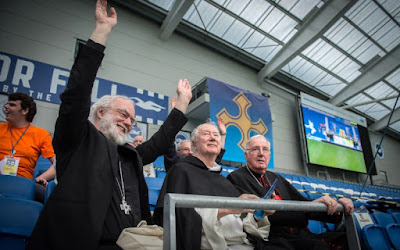 The Wookiee cries in triumph, watched by the robots RAD2-D2 and CORM-3PO,

and of course this one: Back to the plot. In the black fens, Annoyin Stevefisher shows an instant hostility to the Tradi Order, rejecting the Extraordinary Force, and and driving many into exile. Nearly a year passes, and the black fens lie in ruins. It transpires that Annoyin Stevefisher has turned to the Dark Side. He even declares his intention to teach in a secondary school. From now on, he will be known as DARTH FISHER. 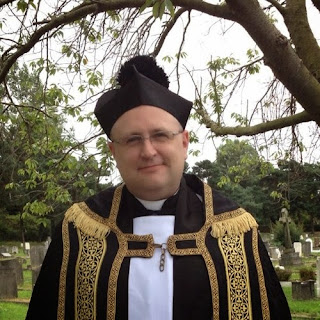 The power of the Smith Lords is now unchallenged, and the Evil Empire holds sway everywhere except on the planet Thanetooine. We shall have to wait for three more films before we see the Return of the Tradi.