The Ship of Liars

Our Mystery Readers are volunteers who read religious blogs for us around the world.

Mystery Reader: Brother Eccles.
The blog: The Ship of Fools.
Denomination: In this case, liberal Catholic with a dash of Satanism. 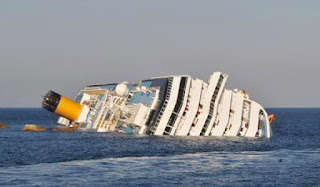 The Ship of Fools

What was the name of the post? Hatchet job on Fr Ray Blake's church, St Mary Magdalen, Brighton.

Did anyone welcome you personally? No, I had to use my own initiative, and read what was written on the blog, in order to find out what was going on. If they ever had a ministry of welcome, it must have been suppressed.

On a scale of 1-10, how good was the writer? 1 - The writer, one Bunbury O'Remus, appears to be a self-centred type who would be shocked if anything sacred happened in a service. He whinged and moaned that the votive candles didn't come with instructions, that the service seemed to be all about God, with no reference to parish activities, that he didn't manage to work out that the signs saying "Parish Centre" referred to the parish centre, and that the priest wore a ... shock! horror! ... maniple.

The maniple - fills the wicked man's heart with terror!

The maniple is "an emblem of the tears of penance, the burden of sin, and the fatigue of the priestly office". Of course nowadays a handkerchief (preferably with rainbow stripes) is more commonly used, at least in some circles.

Which part of the blog was like being in heaven? The writer did have some charitable things to say about the music.

And which part was like being in... er... the other place? The writer embellished an anecdote about a mobile phone going off with extra details designed to show the priest in a bad light (these now seem to have been removed after Fr Blake gave a correct version of the facts).

What happened when you hung around after reading the blog, looking lost? Nothing at all. I was forced to use my own initiative and find a blog more suitable for saved people. 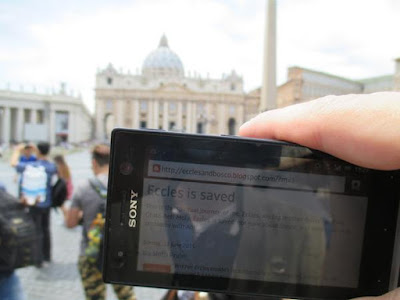 How would you describe the after-blog coffee? There was none on offer. I was forced to go into the kitchen and make my own.

Did the blog make you feel glad to be a Christian? Yes, it reinforced my general feeling of superiority as a Christian blogger, and that can't be bad. Mr O'Remus claimed "I would have spent the time more profitably had I simply meditated in silence for the hour or so," which suggests that he rather missed the point of the Mass - perhaps he would be happier as a Buddhist?

Brother Bunbury also claimed that the thing he would most remember was the restored lighting fixtures. Here we are then. Who needs church at all? 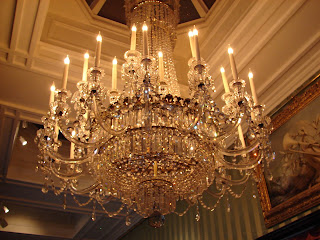 A subject for meditation in silence.