The Book of St Richard, Chapter 23

1. And lo! Christmas was approaching once more, the season of peace on Earth to people of good will (and maybe some others, too).

2. But Richard was still in those days an unsaved person, and he spake forth, saying "Bah! Humbug!" Or sometimes (for a change) "Bah! Jellybaby!" in homage to Tom Baker, he who had been married to Romana. 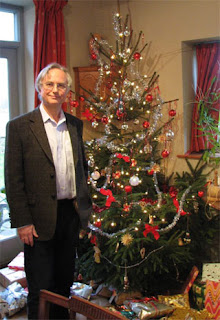 Richard displayeth a biological specimen in his living-room.

3. And behold, he went on the attack with a brilliantly-crafted tweet, saying "There are people who believe Jesus turned water into wine. How do they hold down a job in the 21st century?"

4. For he reasoned that the butcher, the baker, the candlestick-maker, and the professor of biology could not do their jobs adequately if they believed in an omnipotent creator.

5. For would they not inevitably produce bad sausages, or bad bread, or bad candles, or bad lectures, if they were men of faith?

6. Therefore, Richard, being of a scientific mind, decided to test the miracles of Our Lord, by showing that they were impossible.

7. Thus he gave a great dinner party, and served unto his guests water, poured from old wine bottles, saying "Marvel ye, this is the finest wine!"

8. And his guests tapped their heads and said to themselves, "Let us humour the old coot, lest he biteth someone." Thus they spake out, praising the water as if it were vintage claret. 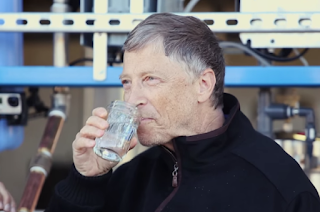 9. Then Richard began to show the impossibility of many other miracles.

10. He invited five thousand members of Oxford University to dinner and fed them on five loaves and two small fishes. They became exceeding wrathful, and telephoned for five thousand pizzas.

11. Then one of his keener disciples was moved to cut off the ear of a policeman, that his master might restore it. The case cometh up next week.

12. After this, Richard walked on the Sea of Galilee, and was rescued by the fishermen. 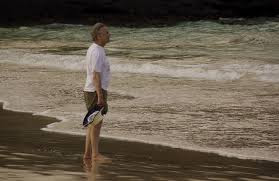 The miracle of Dawkins almost walking on water.

13. And there were many other miracles that Richard failed to do. Thus he was convinced that nobody could do them. "Well, it would be a miracle if they could!" he said.

14. Now, at about this time men spake of Mother Teresa, she who had spent a lifetime in good works, and was evidently a saved person.

15. And the Pope, he who was called Francis the Merciful, told the world that Teresa's acts of healing had continued, and that she was to be recognised as a saint.

16. And Richard was exceeding wrathful, describing Teresa as "over-rated" and her followers as "gullible". 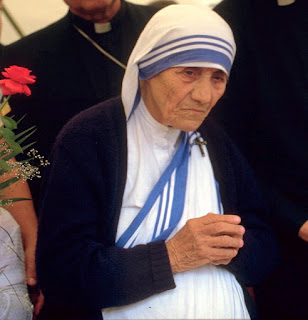 An ignorant woman who knew little of selfish genes.

17. For had not he devoted his own life to good deeds, namely screaming at people of faith? And had not he performed miracles, in persuading people to buy his trashy books? But, as yet, few spake of Richard as a saint.

19. For Richard was angry that a Church to which he did not belong should dare to honour one of its own members without consulting him first.